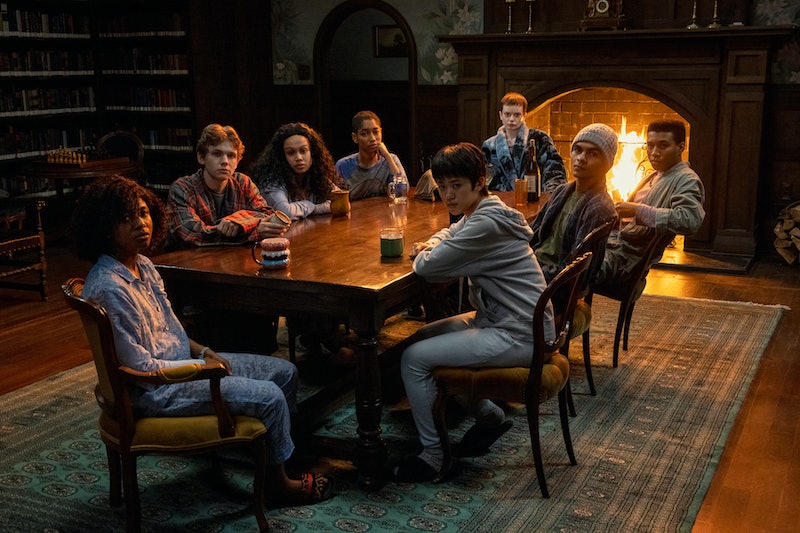 With spooky season here, no one appears more prepared than Netflix. On Oct. 7, the streaming service dropped the series The Midnight Club, the adaptation of the popular ’90s novel by Christopher Pike. The show follows the source material very closely as it chronicles terminally ill patients at the mysterious Brightcliffe Hospice. Each night, the characters gather together to share scary stories and discuss the paranormal. One evening, things get a little too real, and the club’s interest in ghosts and ghouls manifests right before their very eyes. With their lives on the line, will any survive to see Season 2?

Netflix has yet to announce if the new series from Midnight Mass creator Mike Flanagan will return for a second season. But much like the residents of Brightcliffe, you may want to start speculating about what could happen next following the Season 1 finale. Here’s everything to know about The Midnight Club’s potential Season 2.

With no announcement of another season, it’s hard to tell when The Midnight Club might be reconvening. Filming for Season 1 started in March of 2021 and wrapped up in September of that same year, which means there was over a year of post-production to ready the episodes for release. However, it’s also worth considering that the series may have been ready for air before its Oct. 7 release date but was withheld until October to lean into spooky season — Halloween is right around the corner, after all.

The only clues we may have to explore are Netflix’s previous collaborations with Mike Flanagan. In addition to 2021’s Midnight Mass, Flanagan was the mind behind 2018’s Haunting of Hill House, and 2020’s Haunting of Bly Manor. Each limited series was released in October, which would lead one to believe that if we do get another iteration of The Midnight Club, it’ll be arriving in October 2023 or more likely, 2024.

The main cast of The Midnight Club is fairly expansive with the central group being played mostly by up-and-coming performers such as Iman Benson, Adia, Igby Rigney, Annarah Cymone, Aya Furukawa, Ruth Codd, Sauriyan Sapkota, and William Chris Sumpter. It’s anyone’s guess if they’ll be back for a potential Season 2, but given that the characters of this universe are both willing and able to exist in the afterlife, their deaths don’t shut the door on a return.

Mike Flanagan is known to work with the same actors across various projects. The cast for The Midnight Club includes Matt Biedel, Zach Gilford, Samantha Sloyan, and Rahul Kohli, all of whom have collaborated with Flanagan on several shows. We can probably expect more familiar faces to crop up in Season 2.

It’s also worth noting that Heather Langenkamp plays Brightcliffe Hospice director, Dr. Georgina Stanton, in Season 1. Langenkamp is best known for her turn as Nancy Thompson in the Nightmare on Elm Street franchise. If the series continues to expand into future seasons, perhaps other horror movie icons will join for the next installment.

While the Netflix series is based on a book, the source material doesn’t have a sequel. Pike’s 1994 novel is a standalone story. In the book, the club makes a pact that if any one of them should die, the deceased is to give the remaining group members a sign from the afterlife. One of the midnight club members does ultimately die and returns to provide proof of the afterlife. However, the consequences are dire.

Should fans of the show get a second season, it may deal with the fallout that follows the surviving members of the club in the wake of their Season 1 ordeal. However, the series may stay true to the book, and remain a single-season series.

This article will be updated as new information about The Midnight Club Season 1 becomes available.