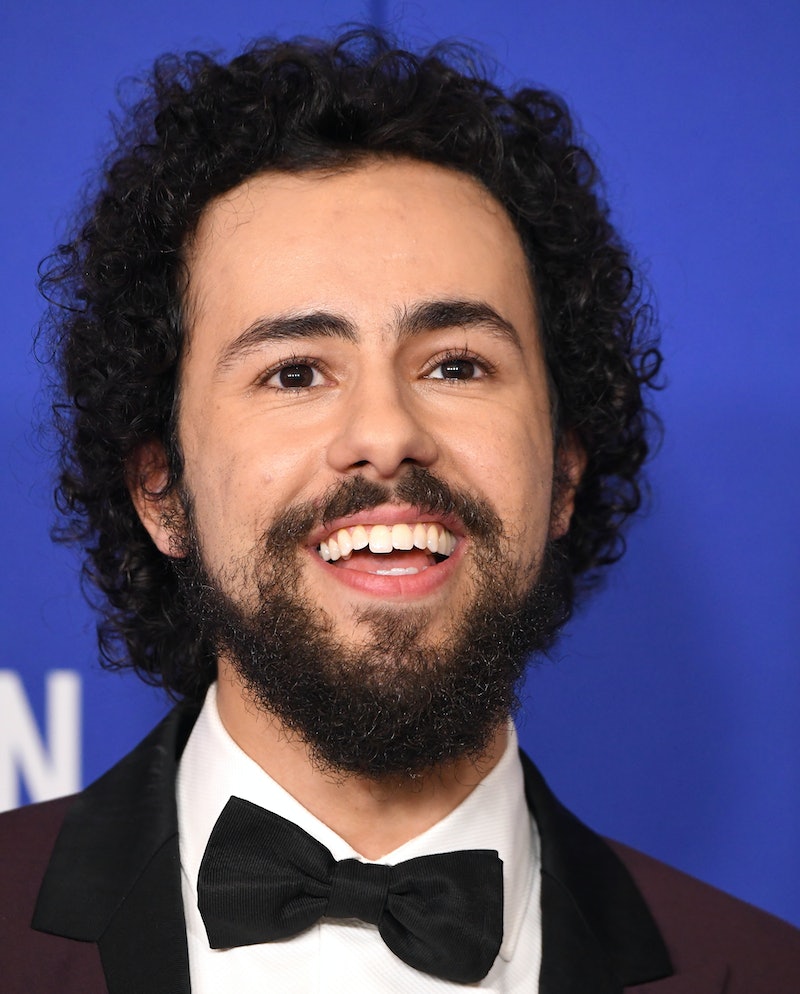 Three things were guaranteed at the 2020 Emmys: Jimmy Kimmel hosting live from the Staples Center, winners accepting their awards from home, and a whole array of technical difficulties. The show did not disappoint on any front. The 2020 Emmys were full of awkward moments — and some real moments of triumph.

Producers were set on delivering a completely live broadcast this year, even if it meant having nominees film from home while handling over 100 camera feeds at once. All of that technology inevitably led to some awkward moments, but the Emmys are about honoring the best of television, and this year's broadcast certainly revealed the magic and mayhem of live TV.

Despite the glitches, the 2020 Emmys ran relatively smoothly under the circumstances. It marked the first totally live awards show broadcast since the beginning of the coronavirus pandemic, and will likely serve as the blueprint for COVID-era ceremonies to come. Let's just hope they'll be able to learn from the Emmys and avoid technical difficulties.

The 2020 Emmys had their own La La Land Oscars moment before the big show even started. On the final night of the Creative Arts Emmys, the announcer named Jason Bateman as the winner of Outstanding Guest Actor in a Drama Series — but the title card read Ron Cephas Jones' name. As tweeted by Variety, the show switched to a commercial break and returned with a title card that read, "Our apologies, an incorrect winner has been announced. We’re fixing it now. Please don’t go away." Jones was eventually announced as the actual winner, and made history by doing so. The actor and his daughter Jasmine Cephas Jones became the first father-daughter duo to win an Emmy in the same year.

During Kimmel's monologue, clips of the audience from previous Emmys ceremonies were shown onscreen in an attempt to fool viewers into thinking a live audience was actually present at the Staples Center. Of course, as revealed later, Kimmel was actually speaking to nothing but cardboard cutouts of the nominees — except Jason Bateman, who broke rules and appeared in real life as part of the joke. The execution of this gag was flawless, but really awkward nonetheless.

The Fire That Nearly Burned Down Staples Center

After surprise attendee Jennifer Aniston presented the award for Outstanding Actress in a Comedy Series, she and Kimmel Lysol-ed and then burned the winners' card in a trash can in an attempt to sanitize the card, with Aniston in charge of extinguishing the fire. The only snag was that the flames would just not stop for a good few seconds, making viewers fear that the Staples Center would be completely burnt down before the end of the show.

What Happens When Nominees Lose The Emmy

One of the most awkward and hilarious Emmy moments happened offscreen. After Ramy's Ramy Youssef lost to Schitt's Creek, he showed what happens at the nominees' houses if they lose. Each nominee apparently has a crew member in a hazmat suit outside their house, holding an Emmy statue in case they win and need to make an acceptance speech. But if they lose the categories, they simply wave to the nominees through the door and leave, presumably off to another nominee's house.

The Phone Call Heard Around The World

While Succession producers were accepting their big win for Outstanding Drama Series, a phone rang in the background, forcing one of them to leave the frame in order to pick up. All while Kieran Culkin was laughing his head off in the background. There was perhaps no ending more apt for the 2020 Emmys.