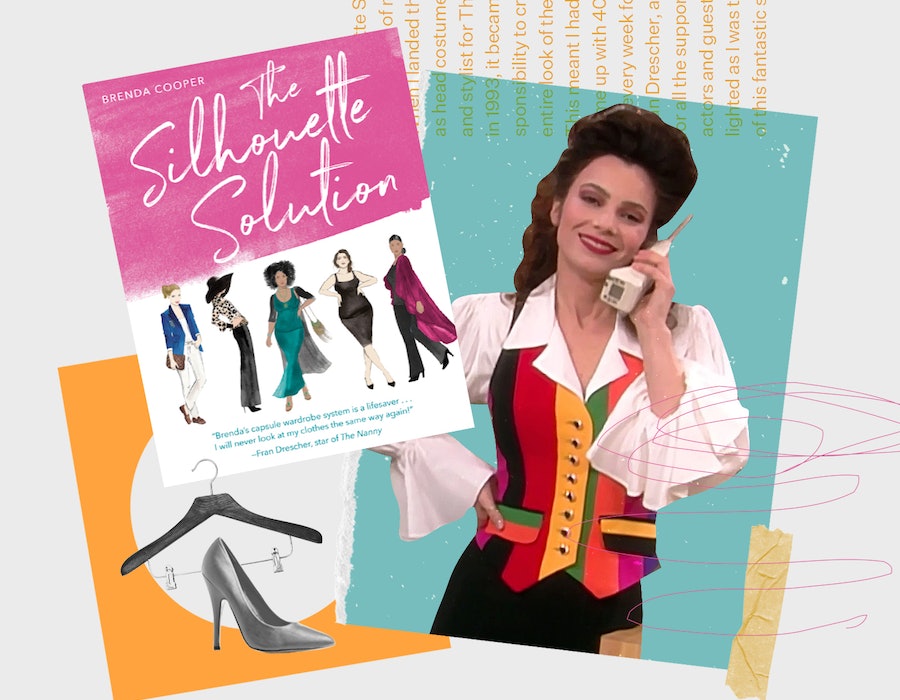 Turning on your TV as a young woman growing up in the ‘90s was treacherous. Pop culture was rife with toxic messaging about what constituted beauty — namely, thinness — and we were taught to look up to the celebrities who fit those standards. Magazines were filled with images of the ultra-skinny Kate Moss; waifish Winona Ryder dominated the big screen. But one of TV’s leading ladies went against the grain: The Nanny’s Fran Drescher.

For all of Fran Fine’s beauty (and despite her petite frame, which admittedly still fit into the era’s narrow beauty standards) the flashy girl from Flushing felt like a safe space for an entire generation of women. Fran was unabashedly herself: sexy, funny, and powerful. Whether she was on a date in a Bob Mackie gown, coming down to breakfast in a floral terry robe, or chasing Maggie, Grace, and Brighton around the house in opaque black tights and a mini skirt, she did it in style. She also did it while embracing her hourglass figure, the closest we came to “curves” on-screen in the ‘90s. Fran’s look remains among the most iconic in television history, and today there are countless Instagram accounts and TikToks dedicated to recreating Fran’s looks on different body types.

Now, The Nanny costume designer Brenda Cooper is sharing what she learned from working on the show with its legions of fans. “I wanted [the book to feel] like I'm in your closet with you and we're actually playing dress up,” Cooper tells Bustle of her book, The Silhouette Solution. “[I want to] help each [reader] love who they are and step into their magnificence.” While the book is steeped in Cooper’s time on the series and even includes a foreword from Drescher, The Silhouette Solution’s also focuses on how fashion can be an act of self-love — regardless of your size and budget. Because according to Cooper, you don’t need a body like Fran Fine’s or a bank account like Mr Sheffield’s to love the way you dress.

Below, Cooper talks about dressing Drescher at 64, the concept of an “inner closet,” and the core pieces everyone should have in their wardrobe.

I love how the book starts with curating your “inner closet.” Talk to me a little bit about why it's important to start there, because it’s so much more than asking “do these pieces match?”

The “inner closet” affects everything that's in your closet because how you feel about yourself affects everything. If you wake up and feel confident, you're going to have a different day [than if you’re] waking up and feeling sh*tty and looking in the mirror. Dressing isn't superficial. It's as much an emotional thing as it's a tangible thing of putting on a dress. So, for me, the obvious place to start was the inner closet. And then start digging down into that closet and going into the back of that closet and seeing where our beliefs [about our bodies were] formed. From childhood, from what was said to us, from what the media tells us.

When I was working on The Nanny I used to stand by the monitor as each scene was being shot and Fran loved that I did that. Because I would dress her, yes, but then I had to look at it on camera and say, “How is she moving? What happens as she moves? Is that flattering to her?” So I look at myself like that and that's why I'm good at what I do, because I look at the geometry of the body. So you want to wear things that fit and flatter your body. And to develop a discerning eye.

At no point in your book does it ever say, you are too tall for this, you're too big for this. There’s no such thing as a “bad body” in your book.

Because that is so my truth and my philosophy about women. You have the body that you were destined to have. I have the body that I was destined to have. And every woman has the right in my world to look fashionable and feel good about herself and wear stylish clothes. I don't care if you are a size 2 petite, or you're size 22 or 24, you can look absolutely gorgeous. And I hate the rules of fashion. I really do, because they're limiting.

You styled Fran for some HBO press recently to promote The Nanny. How did you adapt Fran Fine’s wardrobe for a woman of her age, today?

It's subtle changes. People often say, "Well, how would you dress Fran today?" I wouldn't dress her that differently. It would still be the same concept, but it would be lengthening the skirt for a more elegant look because a 64-year-old woman in a mini skirt that's just below the crotch — it may not be the most flattering thing or the most appropriate thing. So you're dressing for your age, the environment that you're in, and she looked gorgeous in that longer pencil skirt.

What items should every woman have in her closet?

What I wanted to do with this book is help the reader to discover and find their own style ID, and those capsule pieces, that's your canvas. I see it more like as an artist, that's your canvas. Then you can take that canvas or capsule, if you want to use that word, and become romantic. Do a romantic look, do a traditional look, but you are all starting from the same place with these particular pieces. So the possibilities are endless.

It’s the same method you used to dress Fran.

When we were on The Nanny, there was no money at the beginning to do all of this and I had to divvy up the budget in a very particular way. It’s asking, “How can I maximize the look and create a silhouette and make Fran look sexy?” It’s about starting with the foundation garments of the right bra to create the right shape. Then [I’d] use this matte canvas in black — the turtleneck and the skirt and the opaque tights — and then add the high heel shoes. Start with that and you can do a million things with it.

Then in my own life, my version of that is with trousers. I found pictures of myself from the ‘90s when I was doing The Nanny. I would have a turtleneck on and a pair of palazzo pants. I would wear things from vintage clothing stores, men's wide legged pants. So I created my silhouette from it.

Growing up I was really self-conscious about my curvy body, and TV always reinforced that. But even though Fran was thin and gorgeous I never felt that way about her; she never made me feel badly about myself and I think it’s because she embraced who she was.

More like this
5 Gripping Books To Read From Women’s Prize For Fiction Winner Ruth Ozeki
By El Hunt
25 Spell Books For Every Type Of Witch
By K.W. Colyard
16 Novels That Paint A Realistic Portrait Of Abortion
By K.W. Colyard
This Michigan Couple Really Won $27 Million After Finding A Lottery Loophole
By Brad Witter
Get Even More From Bustle — Sign Up For The Newsletter