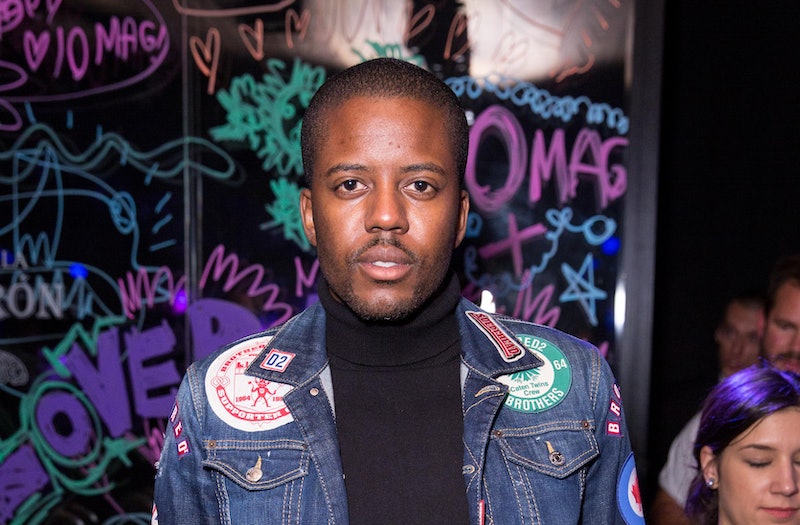 In an interview published by Metro on July 15, former The Only Way Is Essex star Vas Morgan shared details about racism and mistreatment he says he experienced while working on the show from 2014 to 2018. The 31-year-old TV personality, magazine editor, and founder of the I Am Enough campaign told the newspaper that he had witnessed co-stars using the n-word and branding women who slept with Black men as "used goods."

"I would overhear conversations of a male cast member saying to the girls like, 'Oh yeah you effed – like slept with – that n***** in the past.' I’d be on set listening to this,’ he told Metro. "'Ah she’s a n***** lover.' 'You just like all the Black boys. You’re disgusting, you’re used goods.' Any girl that sleeps with Black boys. ... I’ve heard these conversations maybe four times, while I was sat in the room."

Morgan continued: "I would be like, 'Woah, do I say something?' Because the problem is, when you do speak up on that show, it turns into a storyline. But where I know they would never delve into the racial aspects on the storyline, it would just turn into me against them for a whole season, based off of a small thing that I’d maybe overheard. The viewer would never have understood what it was that I overheard, and suddenly I’m the villain, again."

At one point during an argument with a fellow The Only Way Is Essex (TOWIE) star, Morgan told the newspaper, the person said "Oh yeah don’t argue with him, he’s gonna bring his Black gangster family."

Speaking about how he coped at the time, Morgan explained that he had to turn a "blind eye and just ignore it" for fear of what would happen if he said anything. He explained: "‘I wouldn’t react because I just knew it was ignorance that I didn’t need to play up to. But this happened so many times and I just don’t feel like I was protected while that happened."

Morgan's interview with Metro comes just over a month after a post he shared on June 10 in response to a Black Lives Matter message uploaded on the official TOWIE Instagram page. TOWIE's message, which appeared elsewhere on ITV's social media platforms, read "We stand in solidarity with our Black colleagues, storytellers and viewers around the world because #BlackLivesMatter." Morgan says that the post soon gained a number of racist messages in the comments section, and, when he tried to reply and shut down one commenter, his post was deleted.

"At the time I was going to let this go but it's something that has been on my mind for the past few days. Because it's tantamount to Black voices being oppressed and silenced while they still left the racist comments," Morgan wrote on Instagram on June 10.

Morgan went on to explain that this incident mirrored experiences he had while working on the show itself:

“While I have always been proud to be one of the only Black and gay reality TV stars on British television, I have often felt conflicted over the way I was treated and the way I was portrayed. During the four years I filmed the show, I was almost never allowed to show any sides of my personality that wasn’t angry, aggressive or negative. And while I repeatedly asked producers to allow me to show other sides of my personality; my funny, sensitive and loyal side, I was consistently put into situations that perpetuated the same racial stereotype that has been used to oppress and control Black people.”

He also said he was disappointed by the lack of support he received from the TOWIE team both during and after his time on the show: "I would have appreciated having someone to hold my hand through some of those difficult journeys but I was left alone."

However, Morgan told Metro that TOWIE producers responded immediately to his June 10 post, and positive changes are now happening behind the scenes, including bringing in a "welfare specialist" who Morgan will work closely with to ensure future cast members have the support they need.

In a statement shared with Metro a TOWIE spokesperson said:

"We are in ongoing discussion with Vas in light of the concerns he raised and have already begun a series of training courses and introduced additional support for the cast as part of an ongoing action plan to address the issues he brought to us. We had not previously been made aware of the use of such unacceptable language described by Vas. We have zero tolerance for this sort of behaviour and we are looking into this as a matter of urgency."

Speaking about what is now happening with the TOWIE team, Morgan said: "‘What I wanted to stress is that it wasn’t about me, it’s too late for me. I helped myself, I went to rehab, I got mental health support, the impact that show had on me, I’ve been able to sort of grow and learn from. "I wanted to more speak out for the next guy, and also try and encourage the show to bring more Black people onto the show, for it not to be so white. So I think hopefully they are the changes they’re going to do."

In recent months, Morgan has been using his social media to call out racism, demand change, and platform the Black Lives Matter movement. On July 17, he shared a newspaper story in which he had been misidentified as another Black man. "WE DO NOT ALL LOOK THE SAME," he wrote. "Honestly this is one of the most annoying things I’ve dealt with all my life. “Omg you look so much like”.... NO I don’t. We’re just both Black!!! It’s so frustrating." He added: "It’s lazy and racist."

Sadly, Morgan says he's faced extreme abuse and threats to his safety as a result, which has actually forced him to move out of his house.

As a continuation of his online work, Morgan decided to launch his own initiative on June 1. I Am Enough aims to provide free professional mental health resources for Black communities. Morgan has managed to raised more than £50,000 for I Am Enough by fundraising and selling I Am Anti Racist shirts modelled by celebrities including Rita Ora. Previous to this, in December 2018, Morgan launched the Vas Morgan Foundation, which works to provide better education for people living in Africa.

You can donate to the I Am Enough initiative here and the Vas Morgan Foundation here.

More like this
Twitter Is In Awe Of Alex Scott & Her Show Of Solidarity At The 2022 World Cup
By Sophie McEvoy
MOBO Awards Found Kanya King On The Woman Whose Grit & Determination Spur Her On
By Kanya King
Twitter Can’t Get Enough Of The Romance In 'Ekin-Su & Davide: Homecomings'
By Sophie McEvoy
Twitter Is Saying The Same Thing About Jill Scott Winning 'I’m A Celeb'
By Sophie McEvoy
Get The Very Best Of Bustle/UK