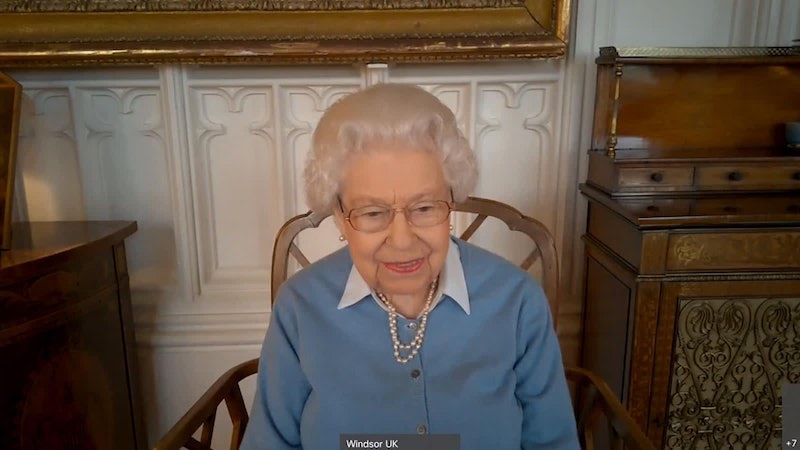 This year, we've all had to adapt a great deal to the new world we're living in. One of the biggest differences has been the move online for things like family get togethers, catch up with friends, and work meetings. Video call has become an everyday essential, but that doesn't mean it's all smooth sailing. From camera issues to battling with the mute button, it's taken some getting used to. And recent scenes have proved even royalty can struggle sometimes. During a recent call, the connection went down at Windsor castle and proved the Queen's reaction to a video call glitch is priceless.

The Queen, who was talking to staff at the accounting firm KPMG to mark its 150th anniversary, suffered a glitch on the same call that had heard her exclaim: "thank goodness for technology, so one can still do this."

The issue occurred when HRH was speaking with John McCalla-Leacy, the firm's first Black board member. During the chat, The Queen's video appeared to flicker off, and when she returned, she comically said: "You just disappeared, all of you." We've all been there.

Luckily, the video call was able to resume, and McCalla-Leacy spoke about how the pandemic and the Black Lives Matter protests this summer had affected him and the firm.

"This year was really an incredibly difficult year for us within the firm, within KPMG," he said. "Not only did we have to adapt to the many challenges that the pandemic brought, we also witnessed, like everybody around the world, that just deeply, deeply distressing scenes and the event unfold which ignited the Black Lives Matter campaign right across the world but also here in the UK."

McCalla-Leacy also later asked The Queen to pass on her thanks to the Prince Of Wales for the help the Prince's Trust gave him as a former international white-water canoe slalom competitor. "Receiving the support that I did, and when I did, changed my life and I will never forget this," he explained.