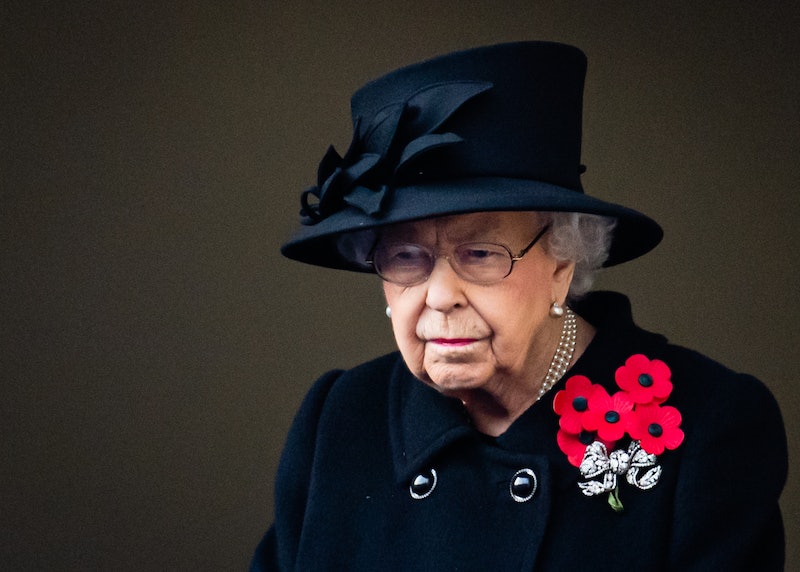 Anyone who has watched The Crown will inevitably have wondered if the royal family, you know, settle down for the evening to watch their lives play out on TV too. Am I right? Well, following reports from various reputable sources, her majesty’s thoughts on Netflix’s hit biographical drama may have been revealed. So, what does the Queen think of The Crown?

Well, unsurprisingly, her Royal Highness is yet to share publicly her opinion on the series. However, as the Sunday Express reported back in 2017, it is believed the Queen did watch the entire first season after being encouraged to do so by her youngest son Prince Edward and his wife Sophie, Countess of Wessex — and she apparently “really liked it,” the Radio Times reports.

“Edward and Sophie love The Crown,” a royal source revealed to the paper. “It has been a longstanding arrangement that they drive to Windsor at the weekend to join the Queen for an informal supper while watching TV or a film. They have a Netflix account and urged her to watch it with them. Happily, she really liked it, although obviously there were some depictions of events that she found too heavily dramatised.”

During an interview with the Guardian in 2018, actor Vanessa Kirby, who portrayed Princess Margaret in The Crown’s first two seasons, also previously revealed how one of her friends had bumped into real-life royalty whilst attending a party, and they reportedly confirmed the drama had been given the Queen’s royal seal of approval.

Speaking to the publication, Kirby remembered: “He didn’t know a soul so when he heard some people discussing The Crown he was like: ‘Actually I know someone in that.’ They were like: ‘Cool.’ He goes: ‘No, but I really know someone in it,’ and, meanwhile, this girl says: ‘Well my granny likes it,’ and he suddenly realises her granny is the Queen. It was Princess Beatrice.”

However, it appears the Queen isn’t best pleased with some of the storylines featured in the series, and as the Express reports, her majesty was particularly unhappy with the portrayal of young Prince Philip — played by Matt Smith — who was depicted on the show as being unsympathetic.

“The queen realises that many who watch The Crown take it as an accurate portrayal of the royal family and she cannot change that,” a senior courtier revealed. “But I can convey that she was upset by the way Prince Philip is depicted as being a father insensitive to his son’s well-being. She was particularly annoyed at a scene in which Philip has no sympathy for a plainly upset Charles while he is flying him home from Scotland. That simply did not happen.”

Unfortunately, in spite of these various reports, fans of the streaming epic might never know for certain what the Queen really thinks of The Crown. And, in a statement sent to the Guardian in 2019, her majesty’s communication secretary, Donal McCabe, said the royal household “would never express a view” on the hit drama.

The Crown’s long-awaited fourth chapter recently made its Netflix debut, and depicts one of the most turbulent eras in the history of the British monarchy. One which saw the introduction of Lady Diana Spencer into the royal sphere and Margaret Thatcher’s upheaval of Britain’s political landscape.

The Crown series 4 is available to stream on Netflix.

This article was originally published on July 25, 2018