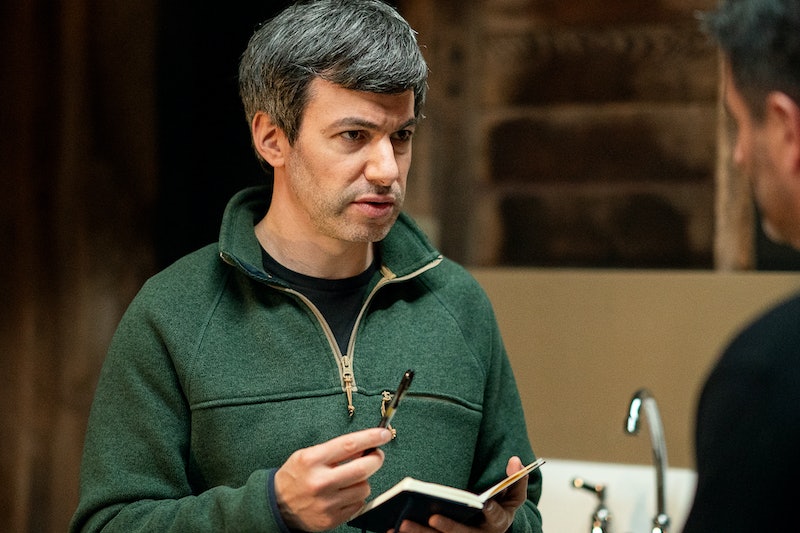 In his return to acting and directing for the first time in five years, comedian Nathan Fielder’s HBO social experiment, The Rehearsal, explores the lengths someone will go to reduce the uncertainties of everyday life. After finding ordinary people who need to have difficult conversations or other emotionally charged interactions, Fielder utilizes a construction crew and actors to help his subjects prepare for these major moments by “rehearsing” them in carefully crafted simulations of his own design.

On Aug. 19, HBO renewed The Rehearsal for Season 2. “Nathan has sparked such a lively conversation with The Rehearsal,” HBO executive vice president Amy Gravitt said in a press statement. “We have no idea where Season 2 will take us, and that is the delight of this boundary pushing show from a truly singular talent.”

Indeed, the six-episode comedy series certainly generated a great deal of discussion throughout its inaugural season. Since premiering on July 15, viewers have struggled to make sense of what was real, what was fake, and, at times, what exactly was even happening — all while debating some of the ethical issues of faking out people in intense situations.

Born from his exhaustive efforts to anticipate how subjects would react in each episode of his previous series, Nathan for You, which Comedy Central ran for four seasons between 2013-2017, The Rehearsal is really about controlling uncertain situations — no matter how futile those efforts might be. “It’s sort of universal that people want to have control over their lives,” Fielder explained to Vulture in July. “There’s something really funny to that compulsion.”

Now that the show’s fate has officially been revealed, here’s everything to know about Season 2 of The Rehearsal.

HBO first teased The Rehearsal in 2019 when Fielder inked a deal with HBO. After revealing the title in June 2021, HBO dropped the official trailer more than a year later on July 6. Though it remains unclear when HBO will begin production on Season 2, it likely won’t premiere until at least mid-2023.

While reviews are not always an indicator of a series’ future, The Rehearsal received widespread acclaim, bolstering HBO’s resolve to give the comedy a second season. It was a New York Times critics’ pick, with journalist James Poniewozik writing that the “dryly funny” philosophical series is “goofy TV magic.” He added, “But it has a little poignancy for the rest of us, whether parents or just former kids, who must try to get our own lives right in a single take.”

Noting that The Rehearsal is bold and “more contrived than Nathan for You,” The Hollywood Reporter’s Daniel Fienberg called the switch a pleasant surprise. “The Rehearsal is the closest television has come to a reality format that could believably serve as a gateway to The Truman Show, which makes it intriguingly bizarre, stealthily provocative and quietly gutting,” he wrote. Also leaning into the comparison to Fielder’s earlier work, Rolling Stone’s Alan Sepinwall opined that The Rehearsal is “even more absurd, funnier, and strangely affecting.”

Meanwhile, The New Yorker’s Richard Brody described Fielder’s “cruel and arrogant gaze,” writing that the comedian is “obsessed with his subjects’ behavior—and his ability to control it—but shows little interest in their inner lives.”

Now that HBO has given Fielder the green light for another season of his comedy antics, only time will tell what new discussions the boundary-pushing show will ignite.

This post will be updated as more The Rehearsal Season 2 details become available.

More like this
Everything To Know About A Potential 'RHODubai' Season 2
By Kadin Burnett and Brad Witter
Everything To Know About 'The Real Housewives Ultimate Girls Trip' Season 4
By Jake Viswanath
Andy Cohen Apologized To Larsa Pippen After A 'RHOM' Season 5 Reunion Dust-Up
By Brad Witter
Here’s What Happens To Bill & Frank In 'The Last Of Us' Video Game
By Brad Witter
Get Even More From Bustle — Sign Up For The Newsletter
From hair trends to relationship advice, our daily newsletter has everything you need to sound like a person who’s on TikTok, even if you aren’t.