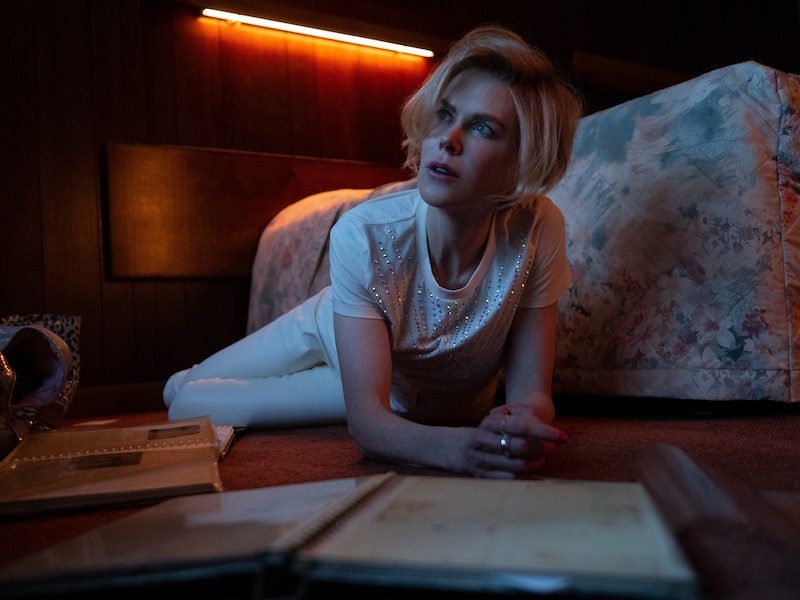 Based on Cecelia Ahern’s 2018 short story collection, Apple TV+’s Roar anthology series tackles a series of “darkly comic feminist fables” in each of its eight standalone episodes. Each installment includes all new actors, directors, and writers, but episodes follow a similar formula — a metaphor is made literal for a female protagonist. Even with different stories, genres, and time periods, the struggles portrayed by Roar’s all-star cast are connected by some universal truths.

The streaming service describes the series as an “insightful, poignant, and sometimes hilarious portrait of what it means to be a woman today.” Through a “blend of magical realism, familiar domestic and professional scenarios, and futuristic worlds,” Season 1’s eight stories ultimately speak to “the resiliency that exists within themselves, and with all women.” The topics covered range from misogyny and mom guilt to abusive relationships and aging, with each 30-minute chapter taking on its own satirical spin, including one woman who eats photographs and another who dates a duck.

Thanks to Roar’s format, the cast is stacked with A-list celebrities including several Emmy, Grammy, Oscar, and Tony Award winners. There are even some mini GLOW reunions, as Roar was also co-created by Liz Flahive and Carly Mensch. Here is your guide to which stars appear in each episode and who they play.

In “The Woman Who Disappeared,” six-time Emmy nominee Issa Rae plays Wanda, a New York writer who flies to Los Angeles to work on adapting her childhood memoir, which includes a personal connection to fatal police brutality, into a movie. While meeting with the well-meaning white Hollywood executives (including one played by Nick Kroll), Wanda is excluded from her own narrative, realizing she is literally invisible to them. Actors Griffin Matthews and Dana DeLorenzo also appear in the episode.

Academy, Emmy and Golden Globe award winner Nicole Kidman, who also serves as an executive producer on Roar, headlines “The Woman Who Ate Photographs” as a mom who does exactly what the title suggests. While grappling with the stress of taking care of her dementia-stricken mother (Judy Davis), as well as her son’s departure for college, Kidman’s character consumes family photos to experience an intoxicating rush of memories in the episode that also co-stars Simon Baker and Ellodee Carpenter.

GLOW alum Betty Gilpin plays a model and literal trophy wife in “The Woman Who Was Kept On The Shelf.” After her wealthy husband (Daniel Dae Kim) builds her a platform, the businessman instructs her to just “sit there and be loved” all day and night. Suffice to say, being put on a pedestal to simply be admired isn’t exactly the gift they thought it would be.

Mom guilt is real in the Cynthia Erivo-led “The Woman Who Found Bite Marks on Her Skin.” As Ambia in the horror-themed episode, Emmy, Grammy, and Tony award winner Erivo begins discovering grotesque wounds while adjusting to her return to the office after her second child’s birth. Add to that her husband’s (Jake Johnson) resentment, a cutthroat workplace, and an upset child (Jordyn Weitz), and that guilt could literally be eating her alive.

As lonely, single 30-something Elisa, Emmy winner Merritt Wever explores themes of abusive relationships in “The Woman Who Was Fed by a Duck,” in which she, yes, dates a mallard duck (voiced by Justin Kirk). As it turns out, even ducks can be passive-aggressive and manipulative, and as Elisa’s sister (Riki Lindhome) grows concerned, a character played by Jason Mantzoukas ultimately intervenes.

As the ghost of a “dead girl,” Alison Brie reunites with GLOW co-star Chris Lowell, who plays a detective in the mystery “The Woman Who Solved Her Own Murder,” a spin on a police procedural. “It’s annoying that you’re actually kind of attractive,” Brie’s character tells another officer, played by Hugh Dancy, in the Roar trailer. Her episode also features Jillian Bell and Ego Nwodim.

“The Woman Who Returned Her Husband” stars Meera Syal as Anu, a dissatisfied housewife who trades in her dull husband of 37 years, Vik (Bernard White), for a younger model at a big-box store. Yes, the episode, which also features Peter Facinelli and Gregg Binkley, exists in a world where new husbands wear price tags and lounge on showroom furniture until someone buys them.

In the Western period episode, “The Girl Who Loved Horses,” Fivel Stewart and Kara Hayward co-star as teens who forge an unlikely bond as they step out of their father’s shadows. Stewart plays Jane, a young cowgirl out to avenge her father’s death by killing his murderer Silas McCall (Alfred Molina), while Hayward contrasts as Millie, a skittish but resourceful preacher’s daughter who accompanies Jane on her journey.

More like this
The Plane Crash In 'Dear Edward' Is Based On A 2010 Tragedy
By Grace Wehniainen
Andy Cohen Apologized To Larsa Pippen After A 'RHOM' Season 5 Reunion Dust-Up
By Brad Witter
Everything To Know About The 'Daisy Jones & The Six' TV Series
By Maxine Harrison and Brad Witter
Melanie Lynskey Plays A “Ruthless Leader” In 'The Last Of Us'
By Brad Witter
Get Even More From Bustle — Sign Up For The Newsletter
From hair trends to relationship advice, our daily newsletter has everything you need to sound like a person who’s on TikTok, even if you aren’t.