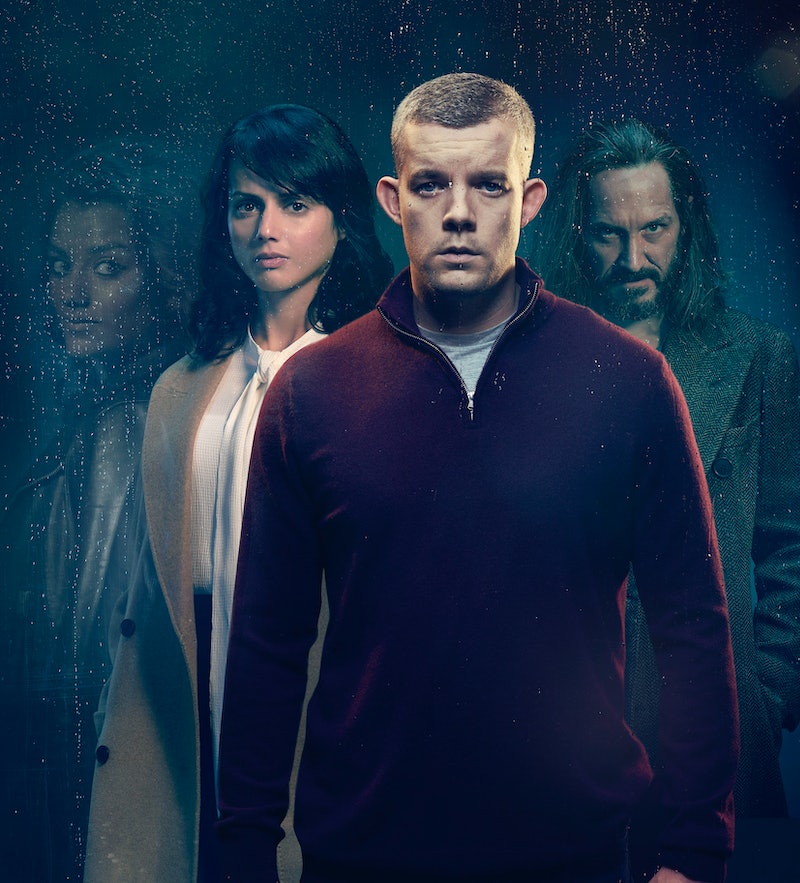 It’s the time of year when everything’s about to get real spooky, and ITV’s new four-part thriller, The Sister, is just the thing to get you in the mood. Set in some sinister woods with an equally eerie lake to match, it might make you wonder, where was The Sister filmed?

Written by Neil Cross, (Luther), and starring Russell Tovey, the new drama is inspired by the novel Burial. It centres on Nathan, a man who's pretty ordinary except for a haunting secret. When a person he used to know comes back into his life, it begins to seem that his secret could have something to do with the disappearance of his wife (Amrita Acharia)'s sister.

Based on the trailer, the majority of the show, which seems to take place in a big house (of course) and in the woods, was filmed in and around London Tovey revealed in an interview. "Some of the most challenging scenes were during two weeks of night shoots in the rain. The crew would probably say that was one of the hardest experiences of their whole careers," he said.

“This was a hard job. But it looks amazing on-screen, so it was absolutely worth it. The rewards reaped from everybody’s hard work are was amazing and I cannot wait for people to see the show.”

"We worried there would be compromises and indeed there was a big learning curve for everyone as we had to work out new ways of doing things, but we got there in the end with a lot of ingenuity from the team.”

So if you’re looking for supernatural thrills this Halloween, look no further. As Tovey puts it, “I am very proud of what we have done. The Sister is a unique show with its own surreal energy and dynamics. It is scary and dangerous."