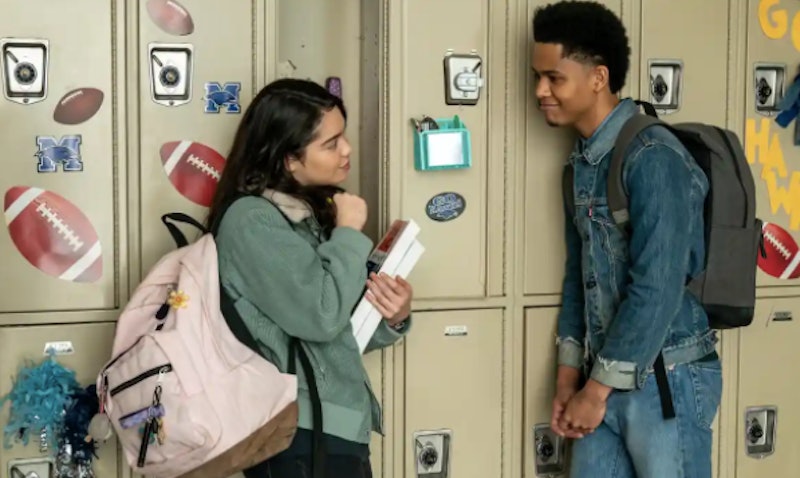 Spoilers for Sorta Like a Rock Star and All Together Now ahead. With Silver Linings Playbook author Matthew Quick's 2010 YA novel heading to Netflix as All Together Now, it's time to revisit the Sorta Like a Rock Star book ending. The novel centers on Amber Appleton, a quirky, 17-year-old high school student who's part of a gang of misfits she's dubbed the Franks Freak Force Five. As close as she is with her friends — who include a Korean-American priest, a Vietnam veteran, and an elderly woman in a nursing home — Amber never lets her biggest secret slip. She and her mother are unhoused, and they sleep each night in Hello Yellow: the school bus her mom drives for her day job.

Faith is the reason behind Amber's cheery demeanor. A devout Catholic, she tries to spread the love of Jesus Christ to everyone she meets, which leads her to teach English to the immigrant women in Father Chee's congregation and befriend society's outcasts. (The same behaviors that make Jesus a "rock star" in her mind.) In spite of the difficult hand life has dealt her, Amber remains solid in her faith that she'll attend college someday.

After her mother is murdered by a violent ex-boyfriend, however, Amber suffers a major blow to her secrets, joy, and faith. Her friends find out she's been living in a school bus, and her friend's mom petitions to become her legal guardian in the aftermath. As Amber withdraws from the people who love her and begins to question her faith, she receives yet another hard hit to the gut: her dog, Triple B, needs an expensive surgery to remove a tumor.

As soon as word of Triple B's condition reaches them, Amber's circle springs into action, staging a talent show to raise money for the surgery and her college fund. Her school, her church, and the retirement home she visits all turn out to help her, raising nearly 70 times the amount of money needed to save Triple B. At the end of Sorta Like a Rock Star, with money to go to college and her friends back at her side, Amber finds her joy again in the wake of unimaginable tragedy.

While time will tell what changes Netflix will make to the story for the adaptation, here's hoping the movie ends on a similarly hopeful note.