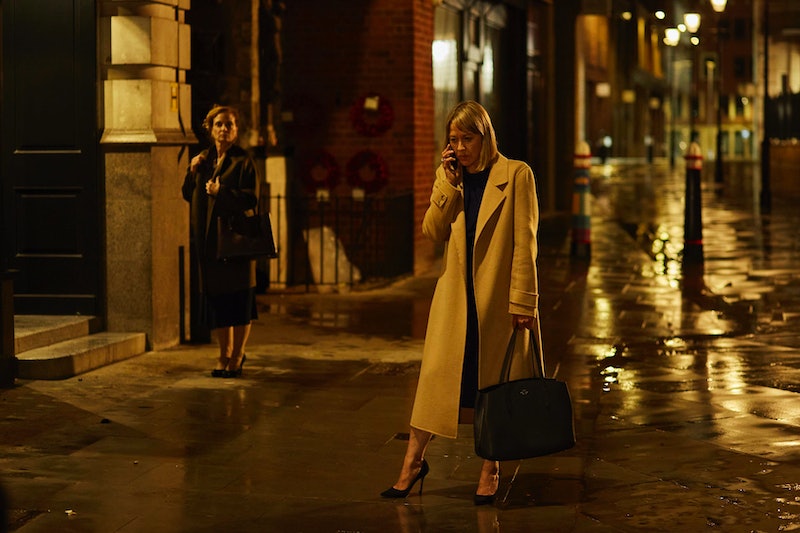 Spoilers for The Split Season 3 ahead

The BBC’s hit legal drama The Split is back for its third and final season, and will again centre on The Defoes, a family of high-flying lawyers negotiating the divorce cases of London's elite. A BBC synopsis of The Split series 3 previously teased a “shocking” event that “dramatically changes the stakes,” which, as viewers will now know, was likely referring to the sudden death of a major character in the first episode.

During the debut episode of The Split series 3, James “Jimbo” Cutler (Rudi Dharmalingam) is tragically hit by a truck while riding his bike through the city. After getting a phone call about the bad news, Hannah Stern (Nicola Walker) then informs Jimbo’s wife, Rose Defoe (Fiona Button), that her husband is in the hospital. When the family arrives at A&E, a doctor delivers the tragic news that Jimbo has passed away. Rose breaks down in tears upon hearing the devastating news and is especially upset since her final conversation with Jimbo was a heated argument over having children.

BAFTA and Emmy award-winning series writer Abi Morgan OBE shed light on her decision to kill off Jimbo, joking that the shock death was in part born from a lack of ideas. “I’ve got to f*** it up a bit. You know, you don’t want to watch three couples with everything going okay,” she told Bustle. “So I just, you know, ran out of ideas basically. It just felt like, okay, come on it works! And it did.”

The series writer went on to reveal that making the decision was particularly hard because Dharmalingam is “such a wonderful actor” and she “really loved the chemistry” between Rose and Jimbo. “To kill a much-loved character is always hard… but one of the last things he says to Rose is that he ‘doesn’t want to miss life’. I felt that if that’s what the audience is left with then what an amazing thing to have given everybody, so I guess that was the point.”

The Split series 3 continues on Mondays at 9 p.m on BBC One and is available on BBC iPlayer.