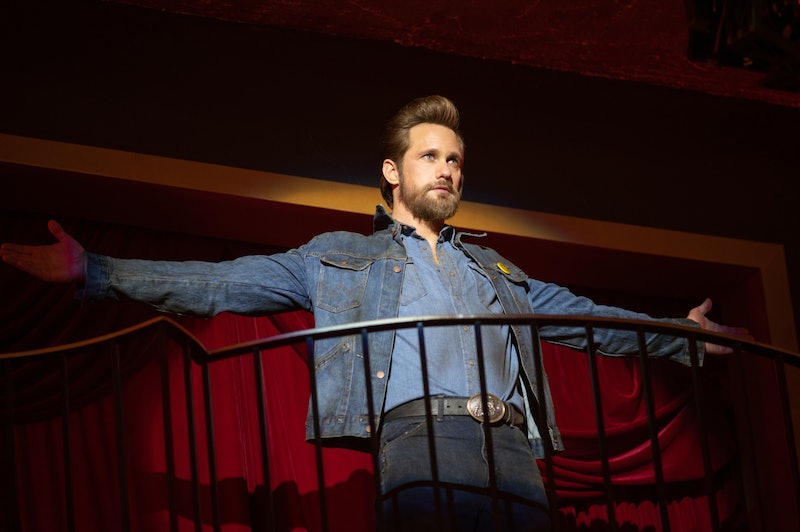 Sometimes it feels like the miniseries format is dead, because even shows based on books with conclusive endings often return for more than one season. (See: Big Little Lies and 13 Reasons Why). But the CBS All Access show The Stand could be different. All signs are pointing to The Stand not returning for a Season 2.

The Stand is based on Stephen King's 1978 novel of the same name, which takes place in a version of the world that's been destroyed by a deadly plague. Despite its timely nature, CBS has billed it as a "limited series." If the network isn't leaving things open for a second season, then it probably isn't getting one.

In fact, the only thing The Stand does seem to be getting is a new ending. Showrunner Benjamin Cavell told TV Line that King himself wrote the final episode of The Stand. According to Cavell, King has wanted to add a "new coda" to the story for decades, and this was his chance.

Fans who miss The Stand after its finale can take solace in knowing that there are more King-inspired projects already in the works. According to CinemaBlend, there are at least 15 movies and nine TV series in development based on King's various stories. So even though The Stand is likely ending, Stephen King's terrifying worlds will continue to grace our screens.

More like this
'The Queen’s Gambit' Season 2 Tweet Wasn’t From Anya Taylor-Joy
By Mary Kate McGrath, Jack Irvin and Grace Wehniainen
The 'Freeridge' Cast Shared Their Hopes For A Potential Season 2
By Grace Wehniainen
Netflix Shut Down 'Bridgerton' S3 Rumours About A “Very Dark” Storyline
By Bustle
'Bridgerton' S3 Will Show A *Very* Different Side To Kanthony
By Sam Ramsden
Get Even More From Bustle — Sign Up For The Newsletter
From hair trends to relationship advice, our daily newsletter has everything you need to sound like a person who’s on TikTok, even if you aren’t.