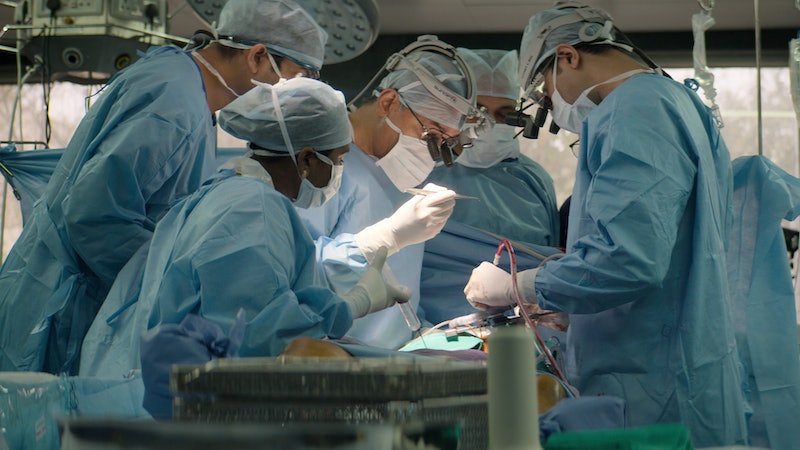 In a time when healthcare professionals are perhaps more essential than ever, BBC Studios and Netflix's The Surgeon's Cut shines a light on four of them. Each episode of the four-part docuseries follows a "groundbreaking" doctor from around the world, providing "a profoundly touching insight into surgery in the 21st century." Although The Surgeon's Cut has yet to be renewed for Season 2, there is certainly a wealth of other heroic surgical pioneers they could feature in potential future installments.

As far as Season 1 goes, the The Surgeon's Cut features Professor Kypros Nicolaides, one of the pioneers of fetal surgery; neurosurgeon Dr. Alfredo Quinones-Hinojosa, who operates on over 250 brains a year; Dr. Nancy Ascher, the first woman to ever perform a liver transplant surgery; and Dr. Devi Shetty, a renowned cardiac surgeon and founder of India's Narayana Health. "I see myself as a samurai that is going to fight this extraordinary monster," Quinones-Hinojosa says in one scene.

"From life-saving procedures on an unborn child to brain surgery on an awake patient, we've captured some of the most dramatic and technically demanding procedures in modern medicine," executive producer James Van der Pool said in a statement. "Each surgeon also shares the unique story of how they reached the top of their field, from what first sparked their passion, to the obstacles they had to overcome, be it poverty, sexism, racism — or simply where they were born."

He continued, "The series reveals a triumph of the human spirit, an endless quest for knowledge and a fierce devotion to saving human life.... The Surgeon's Cut is a profoundly touching insight into surgery in the 21st century."

As for whether or not fans can expect to see more surgeon's featured in the future, only time will tell. We've reached out to Netflix for comment and will update this post if we hear back.

More like this
Netflix's 'Bling Empire' Season 3 Trailer Includes A 'Selling Sunset' Cameo
By Kadin Burnett and Sam Ramsden
‘The Ultimatum: Queer Love’ Is Officially On The Way
By Radhika Menon and Kadin Burnett
Andrew Gray Returned To 'Bling Empire' In Season 3 To Make Amends
By Brad Witter
Here’s When You Can Expect More ‘Indian Matchmaking’
By Brad Witter
Get Even More From Bustle — Sign Up For The Newsletter