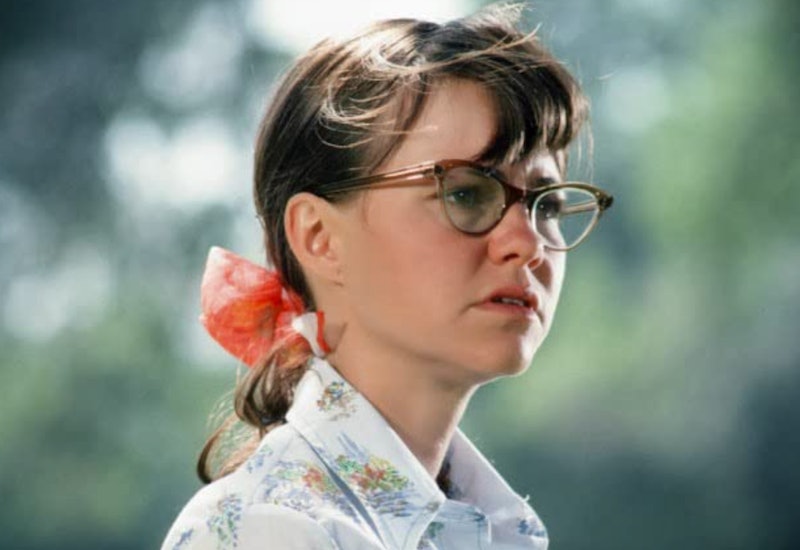 In 1977, Billy Milligan was arrested for three rapes at Ohio State University. There was evidence linking him to the scenes and one of the victims identified him, making it appear like a pretty straightforward case. But Milligan appeared to have no memory of committing the crimes and, after undergoing psychological evaluation in custody, was diagnosed with multiple personality disorder (now known as dissociative identity disorder). In a widely publicized case, Milligan’s defense team argued that he had over 24 distinct identities who controlled his actions, and he could therefore not be held responsible for the rapes by reason of insanity. As explored in Netflix’s new docuseries Monsters Inside: The 24 Faces of Billy Milligan, this argument was successful, in part because of the public’s fascination around Sybil.

As explained in the show, both the book Sybil and its TV adaptation brought dissociative identity disorder to the forefront of cultural conversation shortly before Milligan’s arrest. The book was published in 1973 by Flora Rheta Schreiber, a journalist and English professor at the City University of New York. Schreiber was close friends with psychoanalyst Cornelia B. Wilbur, who believed that her patient, Shirley Mason, had 16 distinct and separate personalities. Per The L.A. Times, Dr. Wilbur determined that Mason had developed the separate identities when she was a child to help her deal with an abusive mother.

After 11 years of treatment, Wilbur declared Mason cured. But rather than write about her findings in a scientific journal, she asked Schreiber to craft an alluring tale for a wider audience. What resulted was Sybil, which centered on a character named “Sybil Isabel Dorsett” as the main personality. The book introduces each of Sybil’s alters, or other personalities, as she comes to terms with her different selves. After speaking to all of them, Wilbur is able to coax out a new self called “The Blonde,” who is meant to show that Sybil has finally re-integrated into a single individual.

The book proved to be wildly popular. Per The New York Times, within four years Sybil had sold more than six million copies in the United States and hundreds of thousands abroad. In 1976, it was adapted into a 1976 TV movie starring Sally Field that was seen by a fifth of all Americans. (It was adapted again for a 2007 film starring Jessica Lange and Tammy Blanchard.) According to NPR, after Sybil’s publication, reported cases of dissociative identity disorder skyrocketed from fewer than 100 to thousands. As Schreiber told The L.A. Times in a 1975 interview, she was “pleased” that the book was so successful.

The New York Times stated that Sybil was “instrumental” in making dissociative identity disorder a common and accepted diagnosis. But from the start, some medical experts expressed doubt about Wilbur’s findings. In 1994, psychiatrist Herbert Spiegel revealed that Mason once asked him if he wanted her to “switch to other personalities” during a session. When asked where she got that idea from, she said that Wilbur wanted her to “exhibit alter selves,” leading Spiegel to believe she was being coached.

The truth came out years later. Schreiber died in 1988, but she stipulated that upon her death, her Sybil research and transcripts had to be archived at the John Jay library. In 1998, two researchers discovered that “Sybil Dorsett” was actually Shirley Mason. Mason was already dead, so the librarians at John Jay decided to unseal Schreiber’s work. What they found was that Wilbur created a “fraudulent construction of a multiple personality.” As psychologist Robert Rieber alleged in an American Psychological Association paper, “It is clear from Wilbur’s own words that she was not exploring the truth but rather planting the truth as she wanted it to be.”

Finally, Sybil Exposed author Debbie Nathan discovered that Mason had been lying the whole time. In a letter to Wilbur, Mason admitted that she did “not really have any multiple personalities.” "I do not even have a 'double.' ... I am all of them. I have been lying in my pretense of them," she wrote. Nathan told NPR that Wilbur dismissed the letter, as she was too heavily invested in her patient to let it go. And Mason, afraid of losing her therapist and support network, kept quiet after that.

Nathan surmises that Schreiber was aware that Mason was lying, but also was too deep into the story to back out. "She already had a contract and she already had a deadline," Nathan told NPR. "She was in the middle of writing the book. So she had the dilemma all journalists have nightmares about — what if my thesis turns out to be wrong as I do my research but it's too late?"

Regardless, Schreiber and Wilbur enjoyed widespread acclaim during their lifetime for their work on Sybil. Mason withdrew from the public after people began to recognize her, and according to NPR, she lived a quiet life until her death in 1998.