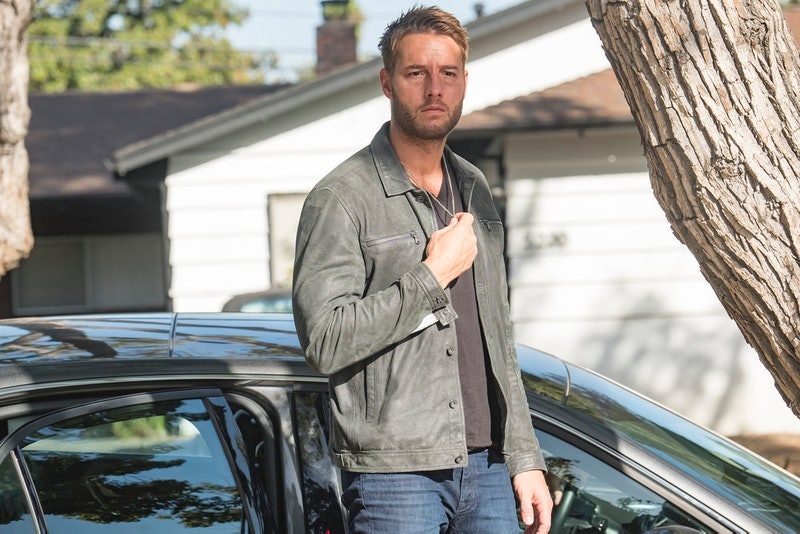 We've seen the Pearsons go through a lot over the years, but this year they're in for a brand new challenge: a national pandemic. The trailer for This Is Us Season 5 confirms that the show will tackle COVID-19 in the present-day storyline. It even features brand new footage of Kevin walking to his car while wearing a mask.

In August, series creator Dan Fogelman revealed via social media that the show would be incorporating COVID-19 into the storyline for the upcoming season. “Yes on Covid," he tweeted at the time. "We've decided to attack things head on. Very proud of @ThisIsUsWriters.” Though he also made a point to assure fans that this is no way changes the trajectory of the show as a whole, nor will it affect where the Pearsons inevitably end up. "Same planned ending," he added. "Same route to get there."

Based on Kevin's face mask, it seems Fogelman was true to his word, and the Pearsons will be dealing with these unprecedented times, much like we all have been forced to do during these last eight months. Thankfully, they appear to be taking the virus seriously, as indicated by Kevin's use of a mask — which we're happy to report he is wearing correctly. But considering how young Kate and Toby's son is and Rebecca's dwindling health — not to mention Kevin's baby mama — it makes sense that Kevin, Randall, and co. would be taking every precaution to keep their family members safe from harm.

Aside from the pandemic teaser, the trailer also shows Kevin comforting a pregnant Madison while Randall celebrates his 40th birthday with Beth and the girls. Kevin and Kate are noticeably absent from the festivities due to the huge blowout fight that took place between the two brothers at the end of Season 4. However, it seems these two won't be able to ignore one another forever. In the final few seconds of the clip Randall is seen showing up at the front door of Kevin's cabin, bringing them face-to-face for the first time since the incident.

This Is Us Season 5 premieres on Tuesday, Oct. 27, with a two-hour special.