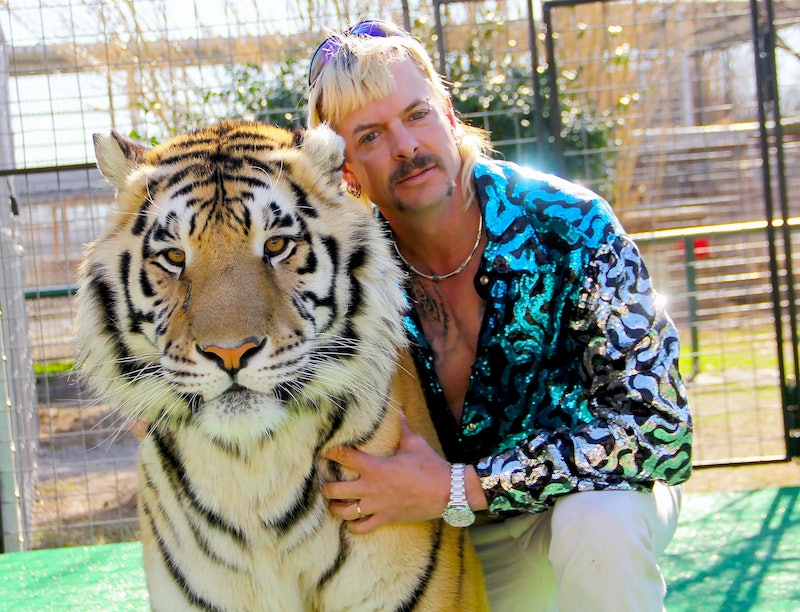 It's been several months since the docuseries about Joe Exotic hit Netflix, and yet Tiger King still knows how to dominate the news cycle — even though it's not always good news. Fans will be sad to hear that the Tiger King zoo will officially be closed to the public moving forward. The news comes from Jeff Lowe, who began running the Greater Wynnewood Exotic Animal Park after Exotic stepped down as owner.

Lowe announced the closing in a Facebook post on Tuesday, Aug. 19, on the Oklahoma zoo's official page, saying that while the popularity of the documentary "has definitely changed our lives in many ways," which includes providing "an unfathomable source of income," it's also forced him to make some tough decisions about the future of the zoo. And he has come to the decision that having a zoo available to the public isn't in the animals' best interests.

"As of today, we have decided to close the old zoo effective immediately," he wrote on the Facebook page, while adding that there will still be a way for people to access the "new zoo," which will be available for all your future filming and television needs. "Our new park will, at least for the foreseeable future, be a private film set for Tiger King related television content for cable and streaming services."

In the post, Lowe went on to explain the troubles he's recently encountered with the United States Department of Agriculture, which most likely contributed to his decision to privatize the park. "The very agency that has given my facility five consecutive perfect inspections, has now folded to the pressures of PETA and continue to make false accusations against me," Lowe claimed. "Suspiciously, less than 24 hours after I contacted the USDA to voluntarily forfeit my license, they notify me that they are suspending my license for 21 days for a litany of falsehoods."

Lowe neglected to mention the specifics of these so-called "falsehoods," but as per CNN, a USDA inspection discovered "multiple animal welfare violations" during a recent visit to the park, including "several repeat violations." Yet Lowe assured fans that despite these reports, "all the animals will continue to have excellent care, and consequently will no longer be subject to USDA inspections or PETA spies."

At this time it remains unclear if the news of the zoo's closing will prompt any other documentaries or TV projects to come out of the woodwork — aside from the ones that have already been announced. That being said, Tiger King producer Rebecca Chaiklin has hinted that a second season of the Netflix series isn't out of the question. "Yes, we have a crazy amount of footage and it's a story that's still unfolding," she told Entertainment Weekly in March. "We're not sure yet, but there could be a follow-up on this story because there's a lot that's still unfolding in it, and it'll be just as dramatic and just as colorful as what has unfolded these past few years."

So take comfort in knowing that just because the zoo is closed, it doesn't mean it's necessarily gone from our lives for good.