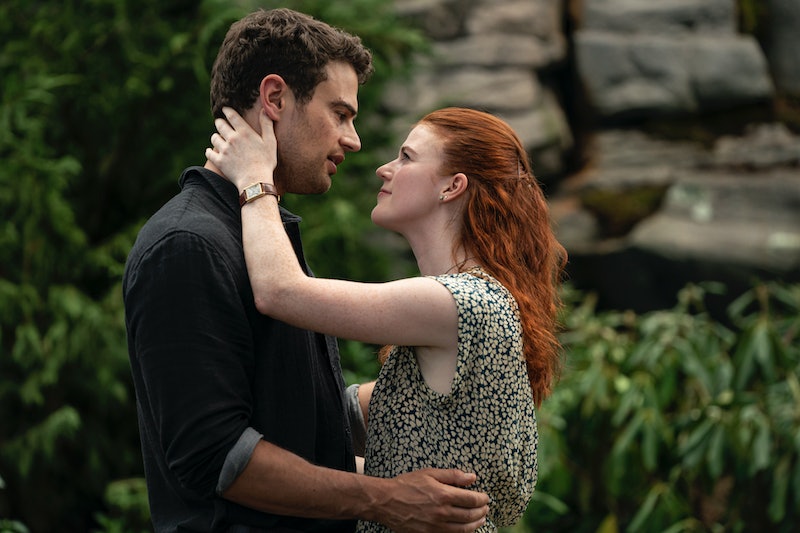 Audrey Niffenegger’s bestselling debut novel, The Time Traveler’s Wife, was one of the definitive books of the aughts. It won the British Book Award in 2006, received nominations for the Arthur C. Clarke Award, the Orange Prize, and the John W. Campbell Memorial Award, among other accolades, and was the basis for the 2009 film of the same name, which starred Rachel McAdams and Eric Bana. And its reign didn’t end there: Now, the novel has been adapted for the small screen as an HBO limited series, starring Theo James and Rose Leslie — and it’s high time to revisit how the book ends. So if you haven’t already read it — or at least seen the 2009 movie adaptation — beware, because major spoilers for The Time Traveler’s Wife follow.

The Time Traveler’s Wife centers on Henry DeTamble, a young man who experiences his own life in a non-linear fashion, thanks to a genetic disorder called Chrono-Impairment. Ever since he was 5 years old, Henry has bounced around from moment to moment in his timeline, unable to control when he jumps, where he jumps to, or for how long. He’s picked up the skills he needs to survive — mostly related to theft, since he always comes out of his time-traveling episodes naked and unarmed — and has carved out a little life for himself working at Chicago’s Newberry Library.

There’s one thing life hasn’t prepared Henry for, however, and that’s Clare Abshire. When Henry and Clare meet at the Newberry, it’s clear she already knows him. In fact, she’s known him for most of her life. But because of the wonders of time travel, this run-in marks the first time that Henry has ever met Clare.

Henry and Clare are — for the most part — heading in opposite directions. In her timeline, Clare met a much older Henry when she was very young, and he’s acted as a sort of guardian angel to her ever since. Thanks to this older Henry, Clare knows that they’ll marry, and on which dates they’ll meet throughout her life. They had sex once, on her 18th birthday, and then she had to wait two years before her next meeting with him — at the Newberry.

The early days of Henry and Clare’s marriage are complicated by a series of miscarriages caused by the fetuses’ inheritance of their father’s Chrono-Impairment. Henry ultimately chooses to have a vasectomy to avoid future miscarriages, a plan that’s nearly foiled when a pre-vasectomy version of him shows up and has sex with Clare. Thankfully, the pregnancy goes well. The couple have a daughter, Alba, who also has Chrono-Impairment. Unlike Henry, Alba can exert some control over when she jumps — and where she jumps to.

When Henry inadvertently meets a 10-year-old version of Alba on one of his jumps, he learns that he’s been dead for 5 years in her and Clare’s timeline. The reality of this revelation sets in a few years later, when Henry needs to have both of his feet amputated due to frostbite — a condition caused by the aftermath of a jump, when he was unable to find a warm place to sleep. Without his feet, Henry won’t be able to quickly escape the bad situations he often jumps into, or sneak around to steal what he needs to survive.

Sure enough, Henry soon jumps decades into the past, where he’s shot by Clare’s brother, who mistakes him for game. A dying Henry returns to his present, where he passes away in Clare’s arms.

Thankfully for Clare, Henry had time to make some preparations for her life after his death. He leaves her a letter assuring her that they will meet again and that it’s OK to move on. Decades later, an 82-year-old Clare meets Henry, who is still 43 — the age he was when he died. Despite what Henry wants, an aging Clare continues to wait for him to jump back to her as the novel closes.

More like this
'The Summer I Turned Pretty' Book Ending Is An Emotional Rollercoaster
By K.W. Colyard
Twitter’s Reaction To HBO’s ‘Game Of Thrones’ Jon Snow Spinoff Idea Is Chaotic
By Stephanie Topacio Long
Everything To Know About 'Industry' Season 2 on HBO
By Radhika Menon
Everything To Know About The 'Pretty Little Liars' Reboot On HBO Max
By Mary Kate McGrath and Jack Irvin
Get Even More From Bustle — Sign Up For The Newsletter