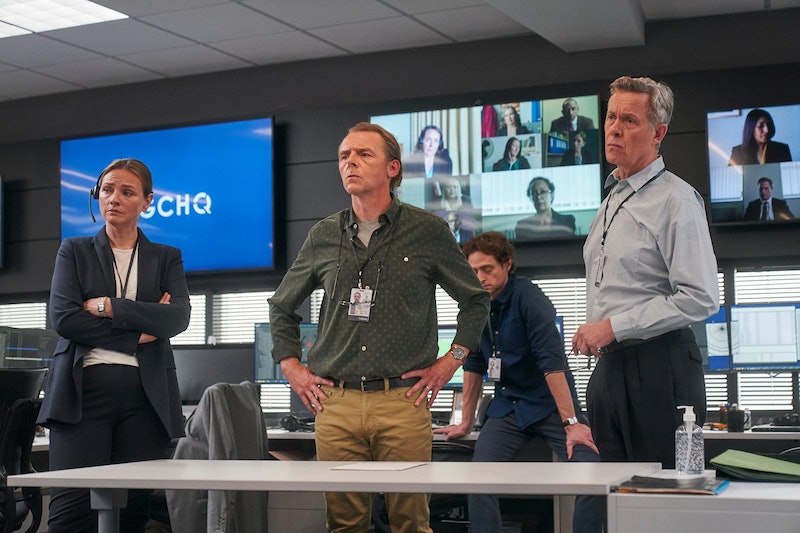 Channel 4’s upcoming gripping drama The Undeclared War takes place in a dystopian future in 2024, and focuses on a cyber attack that’s launched against Britain ahead of the general election. Directed, produced and co-written by the BAFTA Award-winning Peter Kosminsky, the mini series will undoubtedly get viewers thinking. But is it based on a true story? Well, at a screening of the new series, Kosminsky detailed just how the drama came about.

As it happens, the series is fictional, and isn’t based on any one particular event. However, it’s heavily inspired and influenced by the very real life matter of cyber warfare. "There is a hot war going on in cyberspace between a number of antagonists, in this case Britain and Russia. And it's really dangerous,” Kosminsky remarked. “I think I was really shocked by the fragility of our hugely internet-dependent society. And I just wanted people to be more aware of this.’’

Kosminsky went on to say "There are no techniques shown or strategies described that aren't happening and aren’t real. The characters are fictional, completely fictional. And I call it a cautionary tale, because I think that if we're not careful this hot war will escalate to the point where it threatens our civilisation. I think it's as serious as that. So that's why I wanted to tell the story."

Meanwhile, producer Colin Callender revealed that a conversation about a published article, which took place five years ago between himself and Peter, sparked the idea for the show. “There was an article in The New Yorker about active measures, about the role that governments have played in meddling in foreign governments’ political process,” he detailed, revealing that they found the very idea of this to be something worth looking into.

The Undeclared War premieres on Channel 4 on June 30 at 9 p.m.

More like this
The Sean Bean Intimacy Coordinator Controversy, Explained
By Sam Ramsden
Prince Charles Revealed What He *Really* Thinks Of 'The Crown'
By Sam Ramsden
Sean Bean’s Wife Starred In Your Favourite Childhood Show
By Sophie McEvoy
Nicola Walker’s IRL Husband Is No Stranger To TV Screens
By Darshita Goyal
Get The Very Best Of Bustle/UK