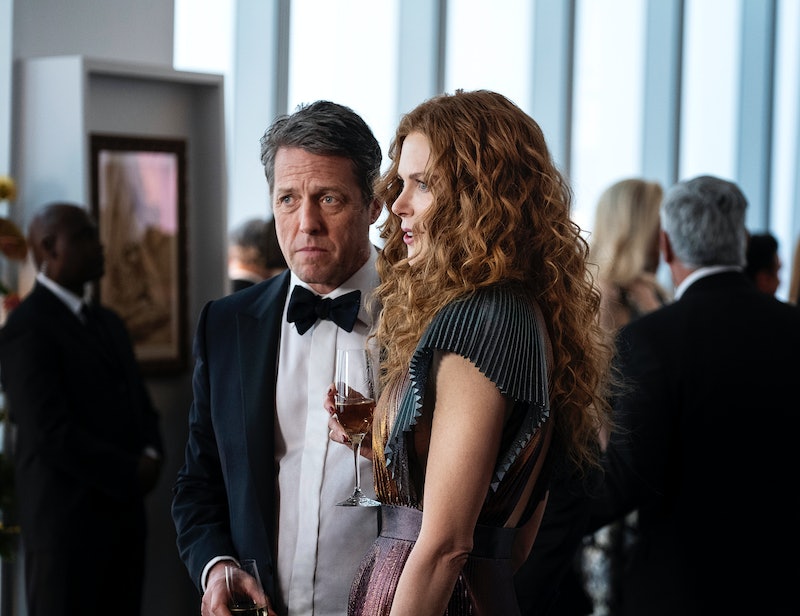 David E. Kelley may have bent the rules to bring back Big Little Lies for a second season, but don't expect that to happen for his latest HBO series The Undoing. The show is billed as a limited series and based on a single book (You Should Have Known by Jean Hanff Korelitz) with a concrete ending. And while the same could be said for Big Little Lies, which is now looking at a possible third season, The Undoing reportedly isn't planning to stray beyond the initial six episodes.

According to TV Line, sources close to the production said that there are no plans for future seasons, and director Susanne Bier told Oprah Magazine that a potential Season 2 hasn't advanced past a passing joke. "Of course you wonder what comes after this is over. We did joke about it on set," Bier said. "I won't rule [a second season] out. But it's not in the concrete works."

Still, money talks and HBO could decide that the viewership is high enough to bring the series back for more. According to Deadline, The Undoing pulled in increasingly higher viewing numbers as the season wore on, and it was a particularly huge hit in foreign markets like central Europe, Denmark, Australia, Latin America, and Canada.

But until proven otherwise, fans should take the Nov. 29 episode as the true series finale.

More like this
We Still Have A Few Unanswered Questions At The End Of 'The Suspect'
By Sophie McEvoy
'Heartstopper' S2 Just Welcomed Four Brand New Cast Members
By Nola Ojomu and Sam Ramsden
The ‘You’ Season 4 First Look Shows Joe’s New Identity And Potential Victims
By Bustle Editors
Nicola Coughlan Shared A Lady Whistledown Excerpt From ‘Bridgerton’ Season 3
By Grace Wehniainen, Alyssa Lapid and Sam Ramsden
Get Even More From Bustle — Sign Up For The Newsletter