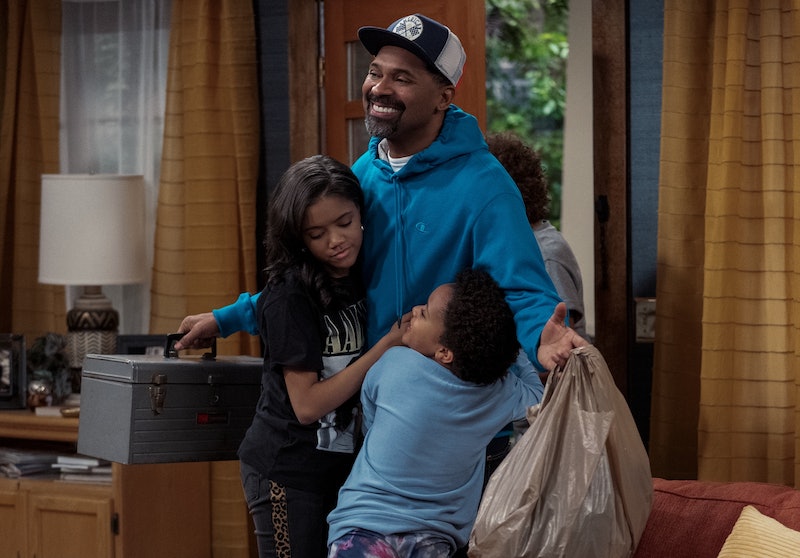 Similar to One Day at a Time and Fuller House, Netflix’s The Upshaws is a sitcom focused on the daily struggles of a messy, but well-meaning, multigenerational family. Netflix has yet to announce if The Upshaws will return for Season 2, but Entertainment Weekly praised the show for its “fresh dynamics, depth, and genuine laughs.” As part of Netflix’s commitment to its growing Strong Black Lead sub-brand, the show may very well get renewed if viewers tune in. “The goal of Strong Black Lead is to celebrate and lift up Black Hollywood,” managers Bradley Edwards and Jasmyn Lawson told Deadline. “We grew up watching a lot of TV. And some of the beloved Black sitcoms of the ‘90s and early aughts had a huge impact on us ... most importantly, we felt like we saw ourselves on screen.”

“It feels great to do this type of show because it always seems like either we’re super rich or we’re slaves or there’s a lot of Black pain going on,” Sykes explained to Essence. “So it’s nice to show a working class family who loves each other but it’s messy. I think it represents how most of us are living right now.”

While fans wait on possible renewal news, here’s everything we know about Season 2 so far.

Netflix shows tend to take a year to produce, give or take a few months depending on the production. Mr. Iglesias took a year between seasons, for example, while Fuller House took just 10 months to debut a second season. We don’t know if COVID-19 could cause further delays, as Sykes told TODAY that they actually did film the show in front of a live studio audience. If The Upshaws gets renewed, a possible release date could be roughly May 2022.

We don’t have a trailer yet, but we’ll update this space if the show gets renewed!

We can likely expect the whole family’s cast to return if there’s a Season 2. Mike Epps is also an executive producer on the show, and he talked to TODAY about the importance of showing what a real working class Black family is like onscreen. “I think great television, great laughs, great sitcoms is kind of like medicine,” Epps told TODAY. “You get a chance to heal people because it ends up becoming a reflection, a mirror, of people’s lives. It synchronizes with people. I love it.”