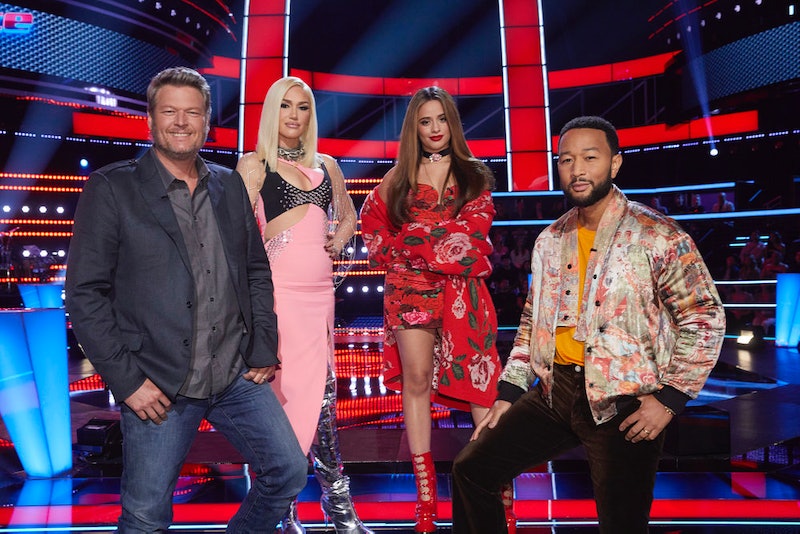 The Voice’s game of musical chairs continues. When the NBC reality competition series returns for Season 23 in 2023, original coach Blake Shelton will be taking his final spin in his revolving red seat, the network announced in October. The only celebrity coach to appear in every season since the show’s inception in 2011, Shelton already had eight wins under his belt heading into the Season 22 finale on Dec. 13, but he still has an opportunity to add more brass to his shelf.

“I’ve been wrestling with this for a while and I’ve decided that it’s time for me to step away from The Voice after Season 23,” Shelton said in an October statement. “This show has changed my life in every way for the better and it will always feel like home to me. It’s been a hell of a ride over these 12 years of chair turns. . . . It takes a lot of work, passion, and adult beverages (Ha!) to pull off a live show twice a week.”

Shelton’s wife, Gwen Stefani, whom he met on the show and is also currently serving as a Season 22 coach, also reacted to the news on Dec. 5. “It’s mine and Blake’s last season... I can’t even get the words out of my mouth ‘cause it sucks,” she told Entertainment Tonight ahead of the live semifinals show. “I love being a coach, I love watching the contestants grow, I love having an impact, it’s super inspiring for me. And then, on top of it, I [met] my best friend here, that’s gonna be forever mine.”

Ahead of Shelton’s swan song, here’s everything else we know about The Voice Season 23 so far.

Who Are The Voice Season 23 Coaches?

Though Shelton and his fellow OG, host Carson Daly, will return for their 23rd seasons, Stefani, Camila Cabello, and John Legend will be vacating their coach chairs. After serving as a coach for Seasons 14-21, Kelly Clarkson will also make her comeback in Season 23. Joining them to round out the roster of Season 23 coaches are newcomers Chance the Rapper and Niall Horan.

“I’m excited to help other artists get to the next level and make the most of this life-changing experience,” Grammy winner Chance the Rapper said in a statement, encouraging fans to “get ready for #teamchance.”

Horan, for his part, who got his start with One Direction on The X Factor, also expressed his excitement in an October statement. He said he’s “looking forward to meeting and mentoring the new crop of talent while we battle it out with the other teams!”

Though it’s unclear whether or not Stefani or Cabello plan to return to The Voice in the future, Legend promised that fans haven’t seen the last of him on the show. “My family’s growing, I have a new album out, I'm gonna do a little bit of touring, and so it’s probably better that I take a break,” the EGOT winner revealed to Entertainment Tonight in October. “We took a break last season because we had another show in our slot that the network tried — and I thought that was gonna happen this season, but it ended up that they wanted us back. . . . But I'll be back on The Voice, just not this coming season.”

What Is The Voice Season 23 Premiere Date?

NBC has slated the Season 23 premiere of The Voice for March 6.

This post will be updated as more The Voice Season 23 details become available.

More like this
Andy Cohen Apologized To Larsa Pippen After A 'RHOM' Season 5 Reunion Dust-Up
By Brad Witter
Everything To Know About 'The Real Housewives Ultimate Girls Trip' Season 4
By Jake Viswanath
The Bachelor’s Christina Mandrell Comes From One Of Country Music’s Most Famous Families
By Brad Witter
10 Photos Of The Wildest Limo Arrivals From 'The Bachelor' Premiere
By Brad Witter
Get Even More From Bustle — Sign Up For The Newsletter
From hair trends to relationship advice, our daily newsletter has everything you need to sound like a person who’s on TikTok, even if you aren’t.