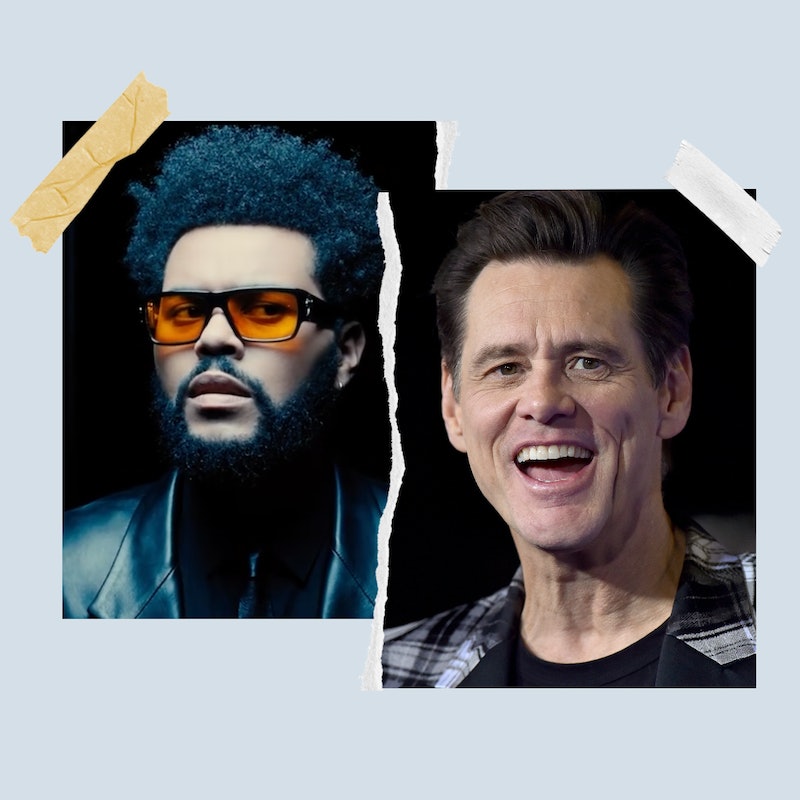 The Weeknd has been teasing a new album since last year, and finally, as he’s repeatedly promised, the dawn is coming. The Weeknd just announced that his new album, Dawn FM, will be released on Jan. 7, marking one of the first major new albums of 2022. The “Blinding Lights” singer first teased that this new album was imminent on New Year’s Day, when he shared a screenshot of a text message on Instagram that indicated his wish to release the project with little warning. “Everything feels chaotic again,” he wrote. “Music can heal and that feels more important than another album rollout. Let’s just drop the whole thing and enjoy it with the people.”

The next day, he told his social media followers to “wake up at dawn,” and when fans awoke, they found a new video announcing Dawn FM, billed as “a new sonic universe from The Weeknd.” The teaser is very cryptic, showing him in a sleek black suit and as a grey-bearded older gentleman as he attempts to escape some sort of peril — and gets entranced by some woman. The video also reveals some special guests to expect on Dawn FM, including one very surprising collaborator.

His teaser ends with a radio voiceover teasing a brighter outlook, which could hint to the sound of the album. “You are now listening to 103.5: Dawn FM,” the mysterious voice says. “You’ve been in the dark for way too long. It’s time to walk into the light and accept your fate with open arms.”

Here’s everything you need to know about The Weeknd’s new album Dawn FM.

What Is The Weeknd’s New Album Dawn FM Release Date?

The Weeknd announced across social media on Jan. 3 that Dawn FM will be released on Jan. 7.

What Is Dawn FM’s Album Cover?

Yes, this is the album artwork for The Weeknd’s Dawn FM, as revealed on Instagram on Jan. 4. Evidently, this mysterious older man character that was also seen in the teaser will play a major part in the storyline for the new album. On the same day, the singer also revealed two alternative covers that are currently available on CD and vinyl through his official store.

Who Is Featured On Dawn FM?

In the new teaser video, The Weeknd unveiled a list of collaborators that will be featured on the new album, including Tyler, the Creator, Lil Wayne, Quincy Jones, Oneohtrix Point Never, and ... Jim Carrey. Yes, the famous comedian has something to do with Dawn FM, though it’s not know what exactly he’ll be doing. Perhaps Carrey will be making his musical debut, or maybe he’ll star in a music video or provide a hilarious voiceover for the album.

Carrey confirmed his inclusion on Jan. 3, lavishing praise on the new album without giving details of what his involvement entails. “I listened to Dawn FM with my good friend Abel @theweeknd last night,” he wrote. “It was deep and elegant and it danced me around the room. I’m thrilled to play a part in his symphony.” The singer responded to Carrey’s tweet with gratitude, saying their journey has come full circle. “Thank you for being a part of this,” he said. “It’s kismet.”

For eagle-eyed fans, Carrey’s inclusion on the album may not be a total surprise. The singer spoke about his unexpected friendship with the comedian to Variety in April 2020, saying they were mutual fans of each other’s work and met through telescopes.

“I texted him the address of my condo in L.A., and he said, ‘I can literally see your place from my balcony,’ and we got out telescopes and were waving to each other,” he said. “And when I told him about my mom taking me to see The Mask, he knew the theater!” A friendship was born on the singer’s 30th birthday, when Carrey planned a touching surprise. “On his balcony he had these giant red balloons, and he picked me up and we went to breakfast,” The Weeknd, now 31, said. “It was surreal. Jim Carrey was my first inspiration to be any kind of performer, and I went to breakfast with him on my first day of being 30.”

What Is The Dawn FM Tracklist?

On Jan. 5, The Weeknd announced the Dawn FM tracklist in another teaser video, which sees the black-suited singer beat up the older man character for reasons that are yet unknown, soundtracked by snippets of new music, including a track called “Starry Eyes.” The album will include “Take My Breath,” a thumping disco-infused anthem released as the album’s lead single in July 2021. However, it does not include his recent collaboration with Swedish House Mafia, “Moth to a Flame.”

The Dawn FM tracklist is as follows:

In an August interview with GQ, the singer teased the sound of Dawn FM, calling it “the album he’s always wanted to make.” The profile’s writer said it was “packed” with the ultimate party jams. “Like real-deal, illuminated-white-tiles-on-the-floor party records,” he wrote. “Quincy Jones meets Giorgio Moroder meets the best-night-of-your-f*cking-life party records.” If “Take My Breath” and the music featured in these teaser videos are any indication, prepare to dance.

More like this
The Jonas Brothers' New Album Has A Very Meta Name
By Alyssa Lapid
Adele Is Attending The 2023 Grammys, Thank You Very Much
By Jake Viswanath
Jay-Z Is Performing At The Grammys, Meaning Beyoncé Might Actually Show Up
By Jake Viswanath
Taylor Swift May Miss The 2023 Grammys For Reasons Fans Know “All Too Well”
By Jake Viswanath
Get Even More From Bustle — Sign Up For The Newsletter
From hair trends to relationship advice, our daily newsletter has everything you need to sound like a person who’s on TikTok, even if you aren’t.

This article was originally published on Jan. 3, 2022