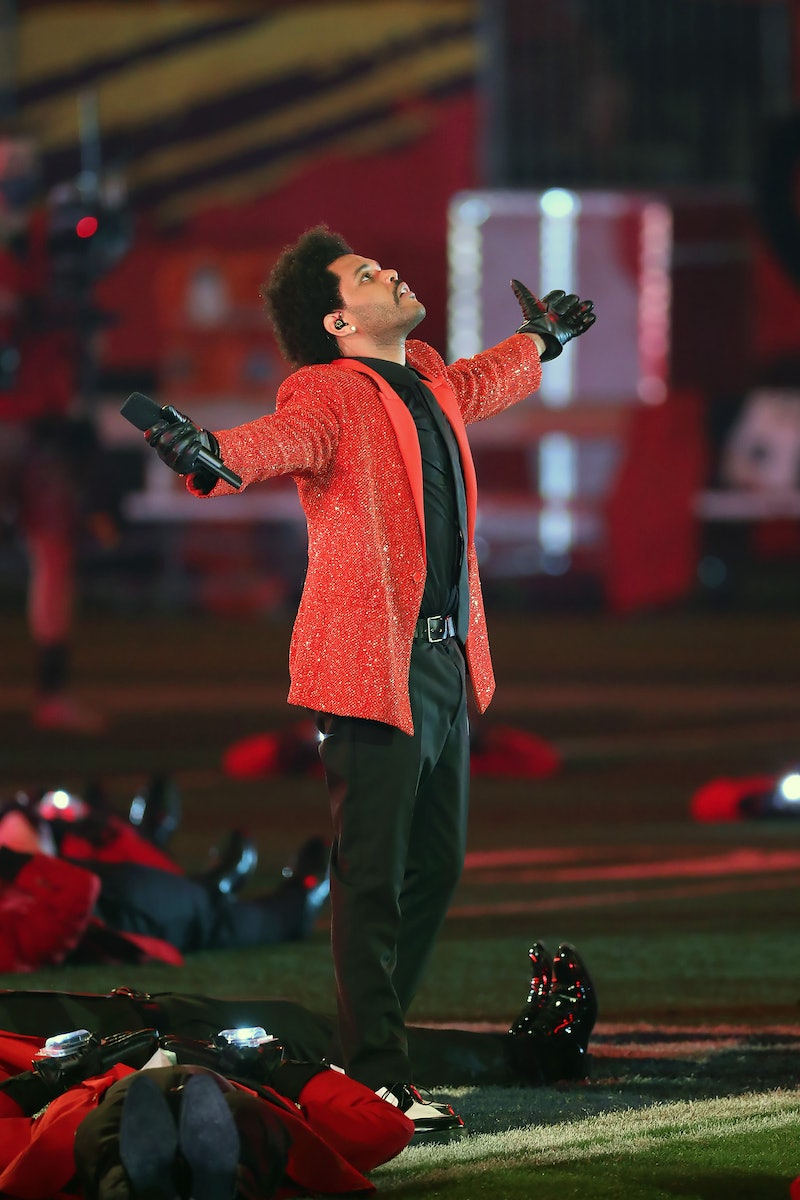 In an interview in GQ published in the magazine’s September 2021 issue, The Weeknd said that he now considers himself “sober lite,” meaning he drinks alcohol occasionally and smokes weed, but avoids hard drugs.

“I’m not a heavy drinker, as much as I used to be. The romance of drinking isn’t there,” the singer, born Abel Tesfaye, told the magazine. “Drugs were a crutch. It was me thinking that I needed it. And not doing the work to figure out how not to need it.”

Considering that some of his biggest hits, like “Can’t Feel My Face” and “The Hills,” feature a lot of drugs and alcohol in their lyrics, it feels like a big turnaround for the Canadian superstar. But it’s also part of a wider movement in celeb-land where people talk publicly about their part-sobriety. This past April, Demi Lovato shared that they identify as “Cali sober,” three years after undergoing an overdose.

The “sober lite” approach, like Cali sober, is part of a spectrum of semi-sobriety. A 2021 Bustle survey conducted by OnePoll of 2,000 millennial women found that nearly 40% identified as sober, straightedge, or in recovery, while 11% said they didn’t drink, but were fine with smoking weed (aka, Cali sober). Another 9% said they were “sober curious,” meaning they intentionally question their relationship with alcohol on an ongoing basis.

Experts say that there’s room for nuance in someone’s relationship to sobriety. However, for those with substance use issues, there are risks to the “sober lite” approach.

What Does Sober Lite Mean?

There’s a bit of leeway when it comes to defining “sober lite.” The Weeknd told GQ he drinks “occasionally” and smokes cannabis, but “other drugs” are off the table. In that sense, “sober lite” is a bit like “Cali sober,” which can mean either drinking and smoking weed in moderation, or avoiding all alcohol and hard drugs and only using cannabis and psychedelics, according to Mic.

Advocates for partial sobriety say it can feel more achievable than going totally drug and alcohol-free for the rest of their lives. “Telling myself that I can never have a drink or smoke marijuana, I feel like that’s setting myself up for failure,” Lovato said in their documentary series Dancing With The Devil in 2021, after their near-fatal overdose in 2018.

Sean Kewin, program manager at residential substance use treatment center Sierra Tucson, tells Bustle that approaches like “sober lite” are part of a movement known as “harm reduction.” Per American Addiction Centers, harm reduction programs try to reduce the harmful consequences of substance use, like overdoses, while accepting that people will continue to use substances. It’s the thinking behind needle exchanges and ecstasy pill testing at music festivals. Going “sober lite”, Kewin says, “allows a person to explore what sobriety means to them.”

“For someone who might use substances on occasion, consciously making the choice to embark on a ‘sober lite’ lifestyle can certainly work for them,” Dr. Lawrence Weinstein, M.D., chief medical officer of American Addiction Centers, tells Bustle.

But he says this kind of moderation may not be a good idea for people with a history of substance use issues. A review of 13 studies published in Addiction in 2013 found that if people had gone through treatment for drug use, drinking any alcohol afterwards increases the risk that they’ll relapse. But another study published in JAMA Psychiatry in 2014 found that people who’d completed treatment for one substance were actually less likely to develop an issue with another.

Kewin explains the problem with “sober lite” for anybody in recovery: alcohol and cannabis lower your inhibitions, which means that even the best intentions to avoid “harder” drugs could fall by the wayside. “Many people in recovery abstain from anything and everything that can produce an intoxicated feeling,” Dr. Weinstein says. Addiction can change the brain permanently, and even after years of sobriety, even a small drink or drug hit can trigger those brain circuits again.

For people who just want to cut back on their drinking or drug use, though, experts say partial sobriety could be a healthy choice. Whether it’s sober curious, sober lite, or Cali sober, moderation has never been so popular.