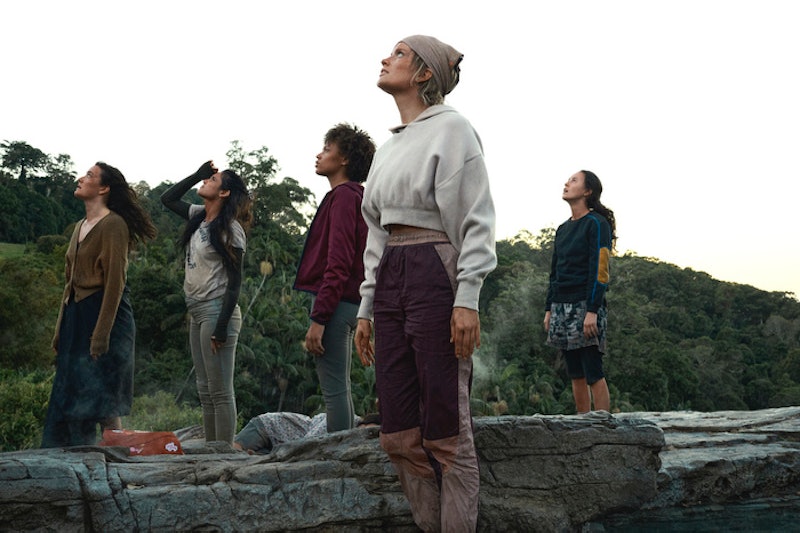 After introducing a new all-male crew of teen castaways in Season 2, The Wilds ended on a major cliffhanger involving their stranded female counterparts. As “Phase 3” had just officially begun on screen — and a shocking mole was revealed — it only seems natural that The Wilds Season 3 would follow as well. Though Amazon Studios has yet to announce a potential third season of the Prime Video survivalist drama, the likely renewal could be announced imminently, as the streamer confirmed the now-available sophomore season roughly a week after it premiered.

When Season 2 picked up, the group of the teenage girls were continuing their quest for survival after their staged ocean plane crash — still unaware they’re actually part of scientist Gretchen Klein’s (Rachel Griffiths) social experiment. Meanwhile Gretchen’s all-male control group were just beginning their island survivalist journey. While acknowledging some early fan “pushback” showrunner Sarah Streicher recently explained to TVLine that bringing the boys into the ensemble ultimately provides “this new lens on the adolescent experience” to explore.

“I think when [viewers] invest themselves in the characters, they’ll be on this journey of watching how the boys are performing in relation to the girls,” she told the website. “There’s going to be a sense of, ‘The girls didn’t do it quite like that,’ and I think that stepping into Gretchen’s shoes will be a little bit of a thrill.”

Here’s everything else to know about what that all could mean for a potential The Wilds Season 3.

The inaugural season of The Wilds debuted about a year and a half after Amazon gave the series a 10-episode order in May 2019. After premiering in December 2020, the second installment dropped on Prime Video roughly another year and a half later on May 5, 2022. If production continues to follow the same pattern, viewers can likely expect The Wilds Season 3 to premiere in late 2023.

Though Nora (Helena Howard) was presumed dead after saving sister Rachel from a shark attack, viewers learned late in Season 2 that she is actually alive and well. After Gretchen cryptically told Leah, who’d discovered the truth about the experiment, that undercover spy Nora had grown since she last saw her, a potential Season 3 return for Howard seems inevitable. For her part, Edwards, who plays Rachel, has already been thinking about how her character will react when she learns the truth about her sister. “I can’t say that [Rachel] wouldn’t revert back to her old ways and get really upset,” the actor recently told Distractify. “I mean, she lost her hand.”

This post will be updated as more details about The Wilds Season 3 become available.