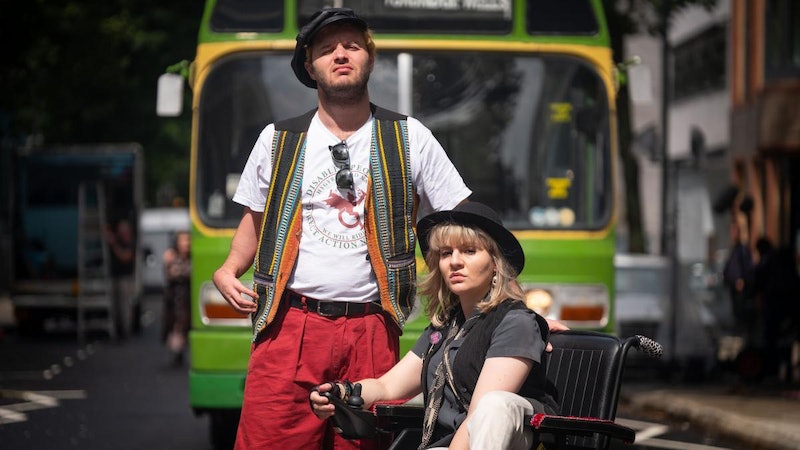 Directed by Jack Thorne (Skins, This Is England, His Dark Materials) Then Barbara Met Alan stars Years and Years and Fresh Meat actor Ruth Madeley as Barbara Lisicki, while Arthur Hughes plays Alan Holdsworth. The film was first commissioned back in 2020 to mark 25 years of the Disability Discrimination Act, passed in 1995.

The new television film doesn’t just the story of two legendary disability rights campaigners, but also features a record number of disabled creatives working both in front of the camera and behind the scenes.

Who are Barbara Lisicki and Alan Holdsworth?

Raised in North London, Barbara Lisicki has always had a rebellious streak. When doctors first told her to start using a wheelchair in her teens, Lisicki and her mates would dump their chairs in hedges and “hitchhike to the pub” instead. Though Lisicki trained as a teacher, she struggled to find a job, and as she later told the BBC, “it was because I had an impairment. I was a disabled person.”

Lisicki originally met her then-partner Alan Holdsworth when they were both performing at the same comedy gig in Milton Keynes, and they toured Europe and the US together with their hilarious and cutting cabaret show “Tragic but Brave.” Frustrated by patronising depictions of disabled people in the media, which often framed them as subjects of charity and pity, the activist duo organised a landmark protest outside ITV’s annual Telethon. Over a thousand protesters helped to block the studios, and the channel scrapped the event the following year.

Did Barbara Lisicki and Alan Holdsworth get married?

Though they later separated in the wake of various political differences that get explored in Then Barbara Met Alan, Lisicki and Holdsworth used to be married, and have a daughter together.

“I’ve been very lucky to have played a love story on screen in the past, but this was next-level stuff,” Ruth Madley told The Guardian as she discussed her memories of making the film. “To show these two characters, who both had disabilities, fight and laugh and kiss and make love and have children … There’s so much that disabled actors and disabled characters don’t get to do on screen. We did it all.”

How did they change life for disabled people?

Lisicki and Holdsworth’s direct action led to the introduction of the Disability Discrimination Act in 1995, and their group DAN continued campaigning for even stronger laws afterwards. Throughout the ‘90s, they also campaigned tirelessly against austerity cuts to disabled services, and fought for equal access to employment and public transport by chaining themselves to trains and blocking bus routes.

More like this
Gerard Butler Insisted On Adding This Pivotal Scene To 'Plane'
By Catharina Cheung
Jemima Khan Used Her Own Life As Inspo For 'What’s Love Got To Do With It?'
By Darshita Goyal
Gillian Anderson's New Netflix Drama Is *Nothing* Like 'Sex Education'
By Frances Stewart
Gen Z Are Twice As Likely To Identify As Queer, According To New Data
By Sam Ramsden
Get The Very Best Of Bustle/UK
Sign up for Bustle UK's twice-weekly newsletter, featuring the latest must-watch TV, moving personal stories, and expert advice on the hottest viral buys.