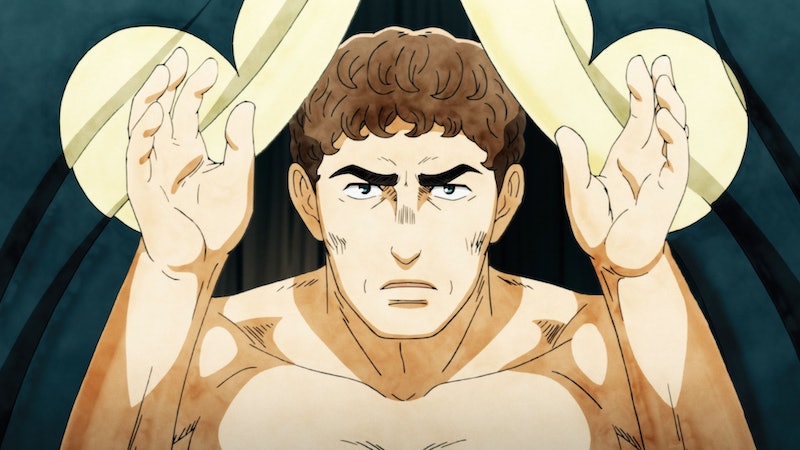 Less than a decade after Mari Yamazaki ended her award-winning manga series Thermae Romae, Netflix is giving the project a new life as its newest original anime show Thermae Romae Novae. With Yamazaki acting as a composer, the adaptation reveals why protagonist Lucius Modestus (voiced by Kenjiro Tsuda) wanted to become a bathhouse designer (thermae romae translates to Roman baths), time-warping between Japan’s Edo period and modern times in addition to telling new stories outside the original manga.

Fans of the series know that Lucius successfully followed in his father and grandfather’s career footsteps, but the adaptation reveals that he was first fired from his job after his bathhouse designs became stale. That was, of course, until Lucius got sucked into a large drain that transported him from ancient Rome to a Japanese bathhouse. Moved by the country’s culture, he brought his wisdom back to ancient Rome with renewed designs.

Netflix has yet to renew Thermae Romae Novae for Season 2, but Netflix’s director of anime, Kohei Obara, recently spoke to the immense global impact of the genre at the streamer. “Anime is one of the cornerstones of our investment in Japan, watched by nearly 90% of our members here last year. At the same time, interest in anime has grown worldwide, and more than half of our members globally tuned into it last year,” Obara explained at the AnimeJapan 2022 event, per Variety. “From diversifying our slate to bringing back fan favorites, we want to continue growing our members’ discovery and love for anime, both in Japan and around the world with this next chapter of anime on Netflix.” Obara also revealed that Netflix will premiere 40 anime titles, including new shows and returning fan favorites, in 2022.

Given the company’s clear interest in continuing shows like Thermae Romae Novae, a renewal seems likely. Here’s what to know about a potential Season 2 while you wait for an official announcement.

Netflix announced the Thermae Romae adaptation in October 2020, kicking off more than a year of anticipation. Because this is a new series, there’s no established release schedule, but fans shouldn’t have to wait quite as long for a second season if the show is renewed. Another adult-themed Netflix anime, Dota: Dragon’s Blood, for example, premiered its second season earlier this year about 10 months after making its Netflix debut. If Thermae Romae follows suit, viewers can expect Season 2 to begin streaming in early 2023. Netflix also dropped the Season 1 trailer about six weeks ahead of the March 28 premiere date, so look out for a Season 2 trailer in late 2021.

This post will be updated as more information about Thermae Romae Novae Season 2 becomes available.