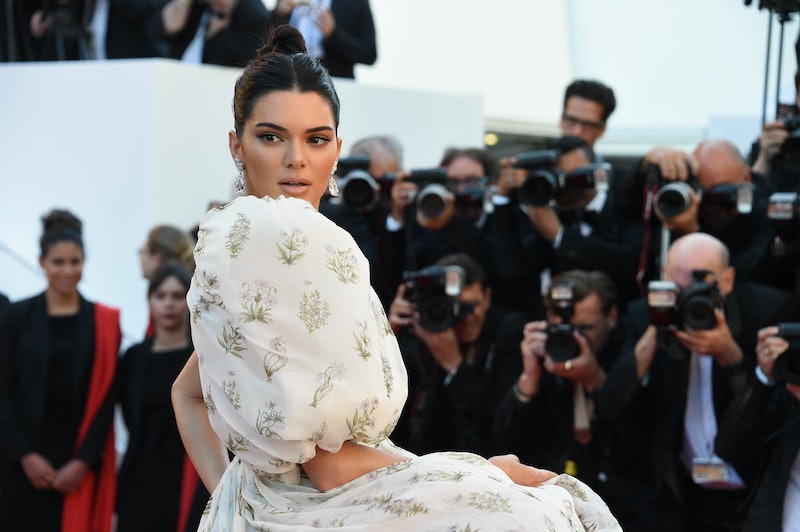 It seems that everyone on Earth was collectively watching the series finale of The Undoing on Sunday night, including your favorite celebrities. Stars like Hailey Bieber, Kendall Jenner, and Kerry Washington couldn't believe who killed Elena on The Undoing, which was finally revealed on the highly anticipated finale. After the hit HBO miniseries ended, celebs took to social media to give their reactions — and they had a lot to say.

Spoiler alert: It turns out Jonathan (Hugh Grant), the husband of Grace (Nicole Kidman), did kill her new friend Elena after all. Jonathan was the main suspect who was investigated by prosecutors for the entire season; even his own wife was suspicious that he committed the crime. But viewers were convinced that a different killer would be revealed, with theories that included Grace's BFF Sylvia (Lily Rabe), her son Henry (Noah Jube), and about a thousand extras in the background. The answer, however, was right there the whole time.

Viewers far and wide were dismayed and divided over the big reveal. On Jenner's Instagram Story, she responded with three telling words: "OH MY GOODNESS." Bieber also took to her Stories, commenting nothing but exclamation points. On Twitter, Washington wrote that she was "undone" by the finale, and Ava DuVernay admitted that her own theory about Elena's killer was "entirely incorrect."

Before the finale, other celebrities such as Ashley Benson and nearly all of the Kardashian-Jenner crew bombarded social media to share their excitement for the finale. Kylie Jenner revealed on her Instagram Story that she was inviting some friends over (to her massive screening room) to watch, while Benson shared a photo of Kidman and Grant, saying "I think I know who did it." Kim Kardashian, meanwhile, was just trying her best to avoid spoilers. "OK I get it," she wrote in response to Kendall's reaction before sitting down to watch the episode herself.

Another member of the Kardashian's entourage was stoked for the finale as well. On Nov. 28, Travis Scott tweeted about waiting impatiently for the episode to hit HBO Max. "I can't be the only one waiting for the last episode of the undoing," he wrote. So far, the rapper hasn't commented on how the series ended, but given how excited he was for the finale, it's only a matter of time before he, too, weighs in the identity of Elena's killer.