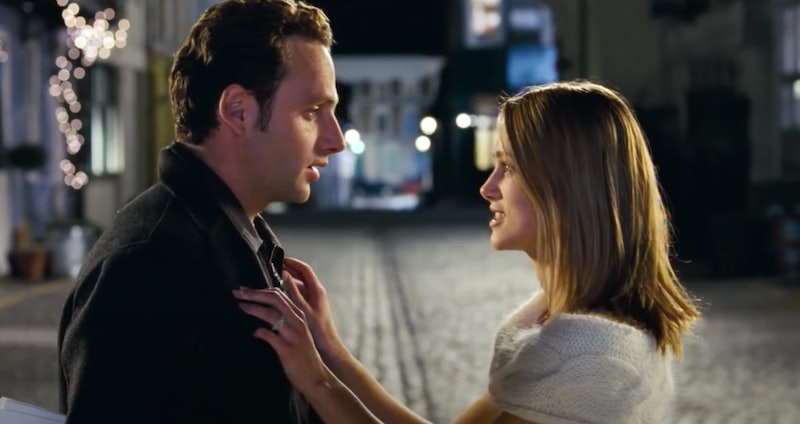 It is arguably the most famous scene from Richard Curtis’ beloved Love Actually: on the doorstep of a pink house in Notting Hill, Mark, played by Andrew Lincoln, confesses his love for Keira Knightley’s character, Juliet, with large cards that read “To me, you are perfect.” Meanwhile, her husband Peter (Chiwetel Ejiofor) is inside, none the wiser.

It’s a memorable moment made all the more special by its beautiful setting. And now you have the chance to actually live inside your favourite rom-com moment as the house just next door to Juliet and Peter’s is up for sale. Well, that is if you have £3.5 million lying about (anyone fancy going halves?).

While it’s not the exact pink house where Juliet and Mark share a secret exchange to the tune of “Silent Night”, according to listings magazine Mansion Global, the mansion for sale is “on the same street as the home where the newlywed characters played by Kiera Knightley and Chiwetel Ejiofor lived.”

For those who haven’t watched Love Actually every Christmas since it was released, the 2003 Christmas classic — featuring an all-star cast from Emma Thompson and Keira Knightley, to Colin Firth and Hugh Grant — was filmed in various spots throughout London, but perhaps the St Luke’s Notting Hill pink house on the cobbled street is one of the most picturesque.

The swanky 1,865-square-foot mansion that’s up for sale is described as an “architecturally re-imagined” former stable mews based in Notting Hill, and features stylish interior designs such as a roof terrace hot tub, and a “lower level entertainment room.” Unlike its pretty pink neighbour, the grand three-bedroom property has a more muted black-and-white exterior and “offers a contemporary take on a traditional mews home.”

The property was listed last month by estate agents Knight Frank’s in time for someone to fulfil their Love Actually Christmas fantasy.