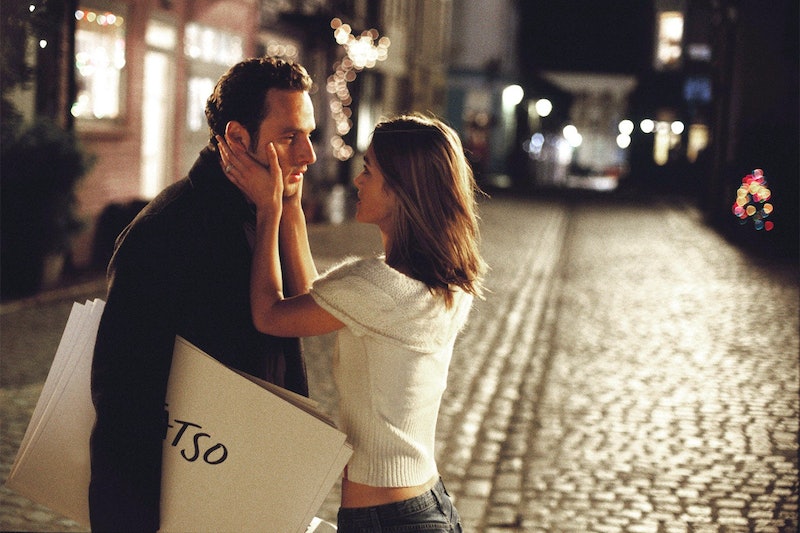 As the holiday season approaches and we all settle down to rewatch our favourite Christmas classics, Love Actually will be on TV screens across the UK. It’s safe to say we’ve all seen *that* scene with Keira Knightley and Andrew Lincoln, but the ambiguous ending has left fans with one question: Who does Juliet choose? Her husband or his closest friend who’s been harbouring a secret crush for all these years?

If you need a reminder of what went down in the 2003 film, it’s pretty straightforward. Juliet — played by Knightly — is married to Peter (Chiwetel Ejiofor), but his best friend (and best man!) Mark (Andrew Lincoln) is besotted with her. In one of the film’s final scenes, Mark shows up at Juliet and Peter’s doorstep with a series of large cards. Cue the very 2000s music player and cheesy admission of devotion.

The scene is one of the most famous from the film, but after Juliet and Mark share a secret kiss, it’s left up to the audience to conclude if anything will ever develop between them.

Well, Knightly — who is currently starring in a very different kind of Christmas film, Silent Night — says she has the answer to that 18-year-old question.

In a recent interview with Entertainment Weekly, Knightley revealed what Juliet did: “Yes, I know that I stay with my husband!” she told them with a laugh. The 36-year-old also admitted that she hasn’t seen the film since its release almost two decades ago: “It’s just very odd watching films that you’re in! It’s just a bit weird!”

In 2017, writer-director Richard Curtis created a 15-minute short titled Red Nose Day Actually, which was aired as part of the campaign that year. In the mini-film, it’s also depicted that Juliet stays with Peter. And as for Mark? It’s revealed he’s now married to his longtime celebrity crush, Kate Moss.

Ahead of the Red Nose Day special, Andrew Lincoln had a few things to say about how Mark’s grand gesture could be perceived: “I kept saying to Richard, ‘Are you sure I’m not going to come off as a creepy stalker?’” he told EW at the time. Curtis responded, “Retrospectively, I’m aware that Andrew’s role was on the edge. But I think because Andrew was so openhearted and guileless, we knew we’d get away with it.”