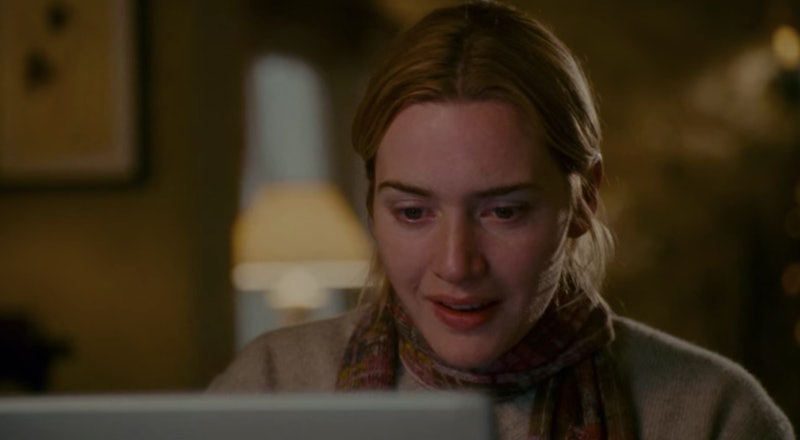 If you’re anything like me, the quest to find the perfect Christmas movie is a yearly expedition, which is why I find myself returning to The Holiday every winter season.

For those of you who haven't seen the film, here’s a quick summary. Iris (played by Kate Winslet) is from a quaint English village and Amanda (Cameron Diaz) is from glamorous Hollywood. They are two strangers who decide to swap homes after both reaching a bit of a dead end in their romantic lives. Things begin to look up once they fall in love with local men in their new destinations.

The 2006 feature quickly made its way into the hearts of festive romcom fans, becoming an instant classic. It has everything that the perfect Christmas film needs, from a somewhat a suave leading man (hello, Jude Law) to a cute soundtrack. And as much as a house switcheroo with a complete stranger halfway around the world does seem out of the question for most, it turns out one TikTok user is totally ready to give it a go.

Grace Gagnon uploaded a TikTok video where she asked, “Anyone in England want to switch places for the holiday? I have a studio apartment on Boston's water-font.”

“Serious inquiries only,” she captioned her post, adding: “Bonus points if you have a hot, single brother” in reference to Law as Iris’s brother Graham.

The 25 year old explained, “I'd like to go somewhere not for Christmas, but after Christmas. I don't have New Year's Eve plans, so if I could spend it across the pond I would be so happy,” and set up a google form for serious contenders to fill out. To ensure safety, she said her and her swap will go through an official website to make the exchange.

The video went viral, racking up over 3 million views and thousands of inquiries. Many others have made their own, copy-cat videos to also find someone to make their Christmasses a lot more exciting.

Gagnon has made a number of follow-up videos, stating that she’d provide a detailed list of things to do around the city, introduce whoever she swaps with to her friends, but unfortunately cannot promise the prospect of falling in love with her older brother, who happens to be engaged.

And it appears that Gagnon has found someone to do the swap with. Although, she’s keeping the details under wraps until the plans are confirmed. Sounds like the perfect whirlwind winter holiday so watch this space.