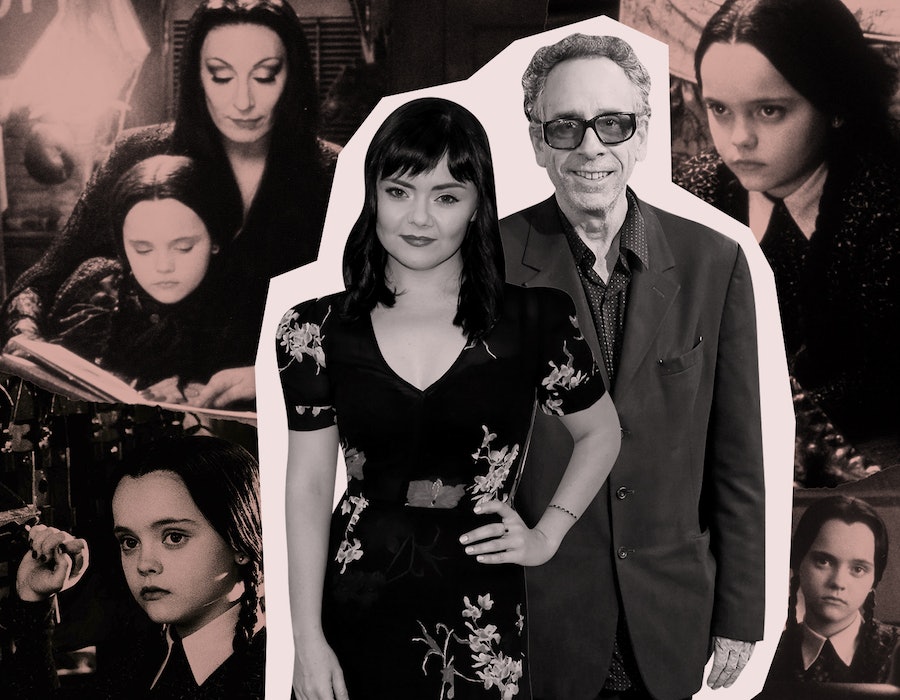 Poor Tim Burton. Does he need help? A pep talk? A snack? A hug? I’m asking because it seems like for the past few years, Tim Burton has given up on being a film director and instead began a full-time career as a parody of himself. When Tim Burton was a young man, he made movies with compelling and interesting visuals about social outcasts and visionaries. Now, in his later years, when he has the clout and money to make any sort of project at all, he’s decided that his singular passion is creating film-length commercials for Hot Topic merch.

If you haven’t heard, Burton was recently announced as the director for an upcoming Wednesday Addams television series on Netflix (a show about a teenage girl that has, quelle surprise, an all-male creative team). It's not as though writer-actor Melissa Hunter has already shown us a compelling, smart, feminist vision for an adult Wednesday Addams or anything.

“Tim Burton does The Addams Family” is so boring I can’t believe it hasn’t happened until now, and I say that with genuine exhaustion. I fundamentally hate everyone on the internet who says things like, “Hollywood has run out of ideas, har har!” but “Tim Burton does The Addams Family” is so genuinely uninspired, so surface-level dull at its very premise, that it sounds like it shouldn’t be real at all. It sounds like words mashed together by people who understand neither Tim Burton nor The Addams Family — or rather people whose only association with both is the general idea of nonthreatening spookiness.

I am as much of a Tim Burton devotee as is possible without being the type of person who actually owns Nightmare Before Christmas merchandise and wears sweatshirts over my thumbs.

The sad irony is that Burton’s most interesting work doesn’t subscribe to the spooky aesthetic. Big Fish, which makes me cry every single time I watch it, is a whimsical fairy tale. And though most people only think of the goth Frankenstein aesthetic of the titular character in Edward Scissorhands, it’s actually a pastel bon-bon, bright and symmetrical.

I am as much of a Tim Burton devotee as is possible without being the type of person who actually owns Nightmare Before Christmas merchandise and wears sweatshirts over my thumbs. My cat is named Beetlejuice and I have the Sweeney Todd film cast recording in my iTunes library. I learned how to play “The Piano Duet” from Corpse Bride on piano (well, the parts you can play with one person), and once I went on a disastrous date to the Nightmare Before Christmas live performance at the Hollywood Bowl. (Catherine O’Hara was inspired and captivating. My date was... less so.)

But the more Tim Burton descends into his own normie self-parody, the harder it becomes to defend him. There are only so many existing IP properties that benefit from a jaunt through the *trailer voice* “twisted mind of Tim Burton.”

“Fine!” I imagine him shouting. “More movies ready-made for T-shirts for 9-year-olds trying to be edgy!”

I have to imagine this is punishment. In recent years, when Burton has tried to do things different and interesting, audiences have responded with a resounding yawn. Our collective rejection of Big Eyes must have sent Burton into a rage somewhere in a house filled with elaborate sculptures that are probably sharp. “Fine!” I imagine him shouting. “More movies ready-made for T-shirts for 9-year-olds trying to be edgy!”

Am I going to watch Wednesday on Netflix? Yes, of course, have you not been reading any of this? I have Edward Gorey prints above my desk at home. I will watch it the first hour it’s released and probably enjoy it more than I want to admit. But I’m going to be embarrassed about it, the same way I’m embarrassed to admit how often I listen to A Fever You Can’t Sweat Out. Sometimes, we all need to grow up.