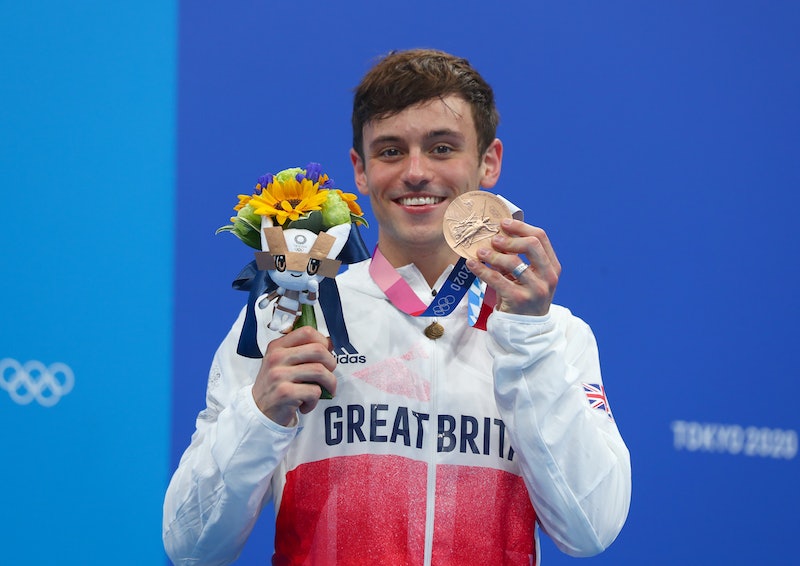 Olympic gold medalist Tom Daley has responded to anti-LGBTQ+ abuse which he and a number of other athletes received from a Russian news station. One panellist on Channel Rossiya 1 described LGBTQ+ people as an “abomination” and said the inclusion of LGBTQ+ athletes at the Olympics was “smut and perversion.” Daley said if people could unite “the world would be a better place” and the International Olympic Committee have opened an investigation into the comments made about him.

The Evening Standard reports that Daley wasn’t initially aware of the homophobic and transphobic abuse which had been put out on Russia’s state-run TV channel. He said that this was owing to the fact that, during their time at the Olympics, athletes generally live in a “bubble.” However, he went on to say that he felt lucky to be in a position to represent Team GB as an out gay man.

“History shows that everything that society is has been dictated from the straight, white, male experience. Of course, it’s come a long way. There’s still a lot further to go. There are 10 countries that are competing at these Olympic Games where being LGBT is punishable by death,” said Daley per The Evening Standard, “I feel extremely lucky to be representing Team GB, to be able to stand on the diving board as myself with a husband and a son and not worry about any ramifications. But I know that I’m very fortunate to have that and that there are lots of people who grow up around the world with less fortunate situations.”

Daley said that he hoped that by seeing proud LGBTQ+ athletes on the biggest sporting stage other people may feel “ less alone, feel like they are valued and can achieve something.”

This isn’t the first time Daley has spoken about the importance of LGBTQ+ representation at Tokyo 2020. After he won his first gold medal alongside his diving partner, Matty Lee, Daley said, “I hope that any young LGBT person out there can see that no matter how alone you feel right now, you are not alone. You can achieve anything.”