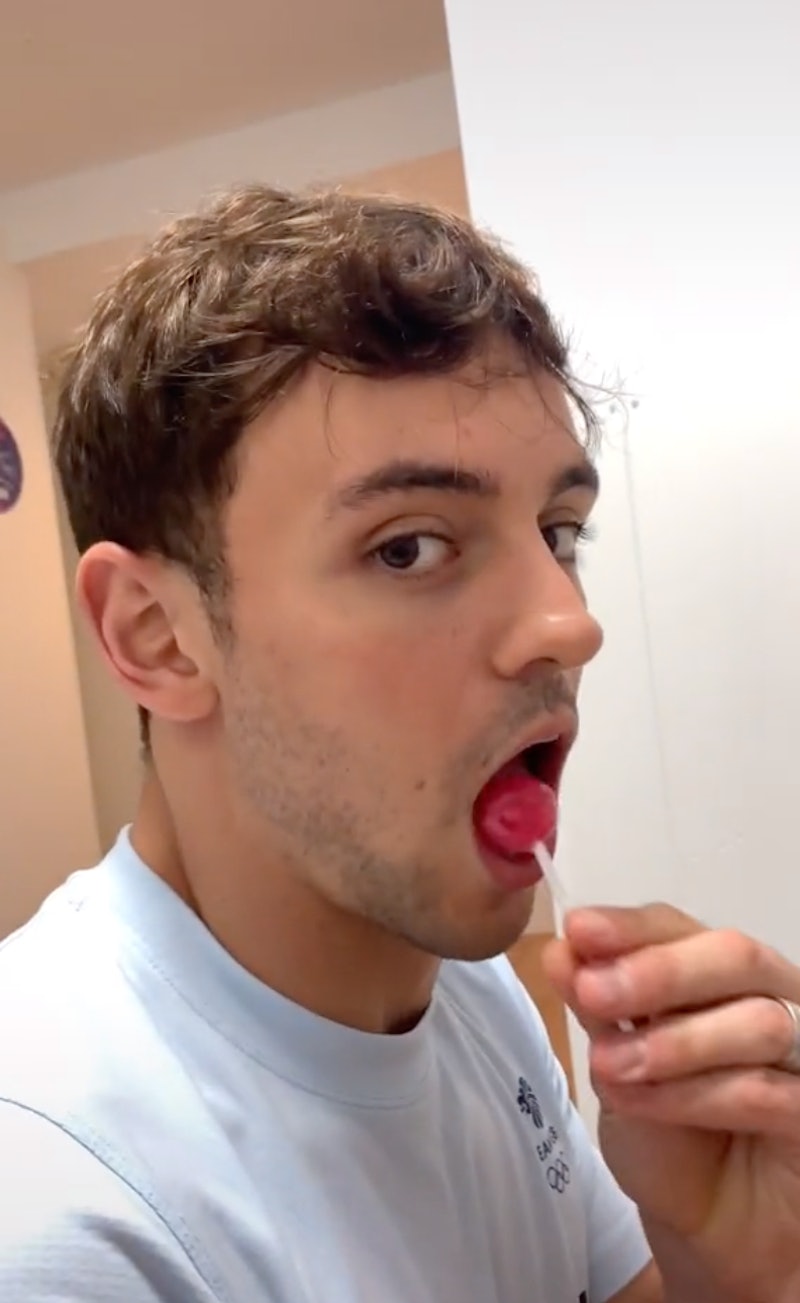 When he’s not busy winning Olympic gold medals, or engaging his crafty side by knitting another adorable dog sweater, Team GB’s diving legend Tom Daley has another hobby: making cheeky TikToks. This time, he’s starred in fellow British diver’s Noah Williams’ TikTok which has gone viral for a very saucy reason: it shows just how many condoms Olympians are gifted by organisers of the sporting event. And we can tell you now, it’s A LOT.

Williams’ TikTok, which has unsurprisingly gone viral on the app with over 846,000 likes as of writing, is set to Lil Nas X’s Industry Baby. The video opens with Williams, 21, and Daley, 27, staring in the camera in mock shock before they unbox what seems like a gargantuan box of condoms.

The camera zooms into the salacious contents of the box before it pans over to Daley, who cheekily eats a lollipop while assuming an innocent expression. In a comment on Williams’ post, Daley comments, “Not me minding my business with a lollipop.”

Although the Tokyo Olympics have now broken that record with organisers providing 160,0000 condoms (in yet another milestone for this historic pandemic Olympics), Tokyo organisers have warned athletes against using them for sex, saying that they are intended...as souvenirs. Okay...?

While this may sound strange, their reasoning has everything to do with what makes the Tokyo Olympics so historic: the pandemic. The International Olympic Committee have mandated that social distancing must be observed at all times, and rule-breakers face possible penalties of fines, disqualification, or deportation. This no-physical-contact rule, which is outlined in the latest Olympics playbook, applies to outside sporting events too, so no sex or intimacy is actually allowed.

Williams and Daley were sure to emphasise this, with a picture of the rules featuring in their video. Still, the condoms made for a funny TikTok, and we’ll never be opposed to the message of safe sex.