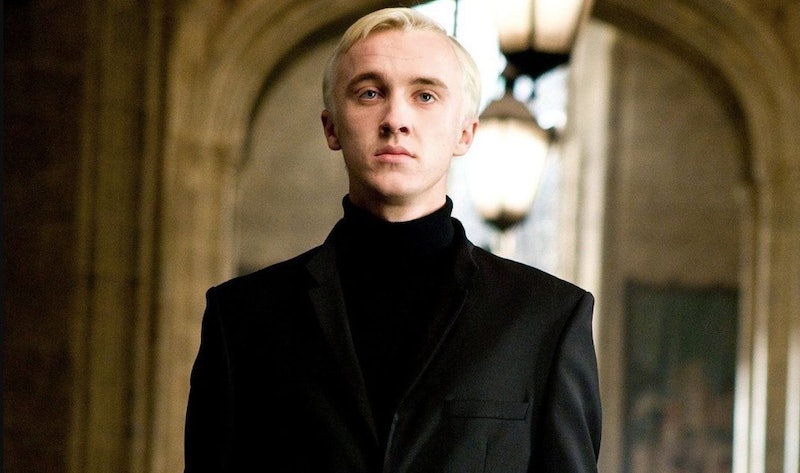 More than twenty years since the first Harry Potter film was released, the beloved cast — including Daniel Radcliffe, Emma Watson, and Rupert Grint — are still a firm fixture in Hollywood today, however actor Tom Felton says he rarely gets recognised when he’s in public, despite playing Harry Potter’s iconic nemesis Draco Malfoy.

In a recent interview with Square Mile magazine, which took place in a bustling Hampstead Heath café, Felton apparently wasn’t fazed by the busy location, claiming to writer Max Williams that “he rarely gets recognised in public these days” and is totally comfortable taking public transport.

“I got the best of both worlds,” he said in the interview. “I take the Tube, I take the bus, I walk my dog in the park.”

While the actor can be relatively incognito during his day-to-day life, he admitted it’s not the same experience for his fellow Harry Potter cast mates. Speaking to Square Mile, he explained, “I saw Emma the other night – she looks exactly the same as she did ten years ago. It’s almost impossible for her to not be spotted. I get a lot of people whispering, ‘Is that whatshisname?’”

You’d be forgiven for finding this hard to believe. Between the scene-stealing storylines and iconic ice-blond hair, Draco Malfoy is one of the more memorable characters of the Harry Potter franchise, and as a result, Tom Felton became a household name at the tender age of 14. What’s more, the actor who has roles in films such as The Flash, Origin, Ophelia, and more, has 11.1m followers on Instagram and 9.4m on TikTok — so, he’d certainly turn heads in public, surely?

However, Felton puts it down to something which he calls, “familiar eyes syndrome” where people kinda-sorta know he is but aren’t entirely sure.