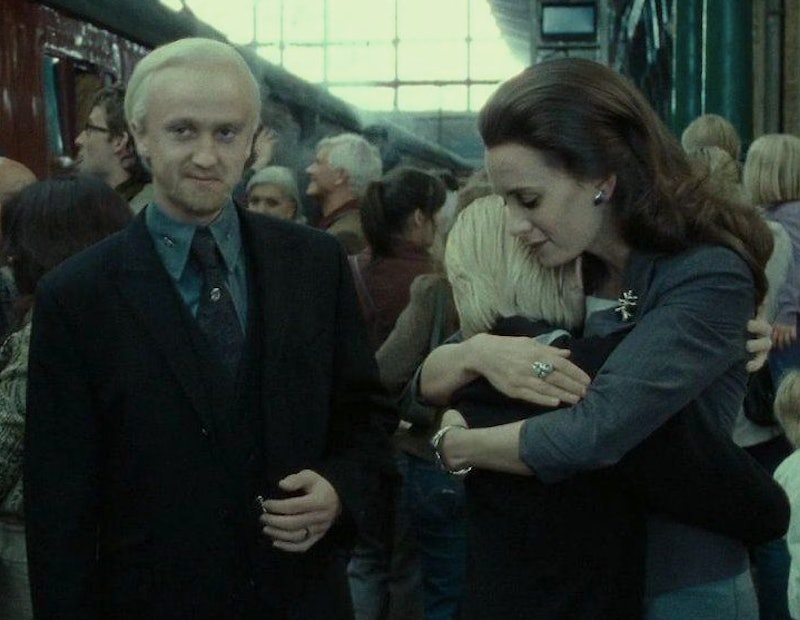 If you consider yourself a bookworm and you grew up in the early ’00s, it’s likely that you spent most of your childhood lost in the world of Hogwarts. Most true Harry Potter fans would argue that, after two decades of fandom, they know all there is worth knowing about the magical series and the movie adaptations. But did you know that Tom Felton’s former girlfriend starred in the movies alongside him?

As I’m sure you’ll remember, the final scenes of The Deathly Hallows Part II sees Draco Malfoy appear alongside his wife Astoria Greengrass as they send little Scorpius off to Hogwarts. But fans only clocked that Astoria was played by Jade Olivia – Felton’s real-life girlfriend at the time – many years later.

According to the Harry Potter fandom page, Olivia is a stunt assistant and she was in a relationship with Felton for seven years. In 2016 they went their separate ways but, during their time together, they were seriously cute. When the Express asked Felton back in 2015 who his best friend is he said, “My girlfriend Jade. Having someone who truly understands you, where you don’t have to sugar-coat things and where most conversations can be held with just a look, is rare.”

Having a boyfriend who plays a central role in the biggest children’s series of all time has its perks. It would seem that Felton encouraged Olivia to take the small role in the final movie. “She was at first reluctant, but I pulled her arm and twisted it,” he told MTV, “She was filming with me for three days at King's Cross; we were very excited.”

But Olivia isn’t the only exciting cameo during the Harry Potter adaptations. Just recently, Bridgerton fans have clocked that Regé-Jean Page was an extra in the seventh Harry Potter movie, preparing him for his big break as The Duke of Hastings.