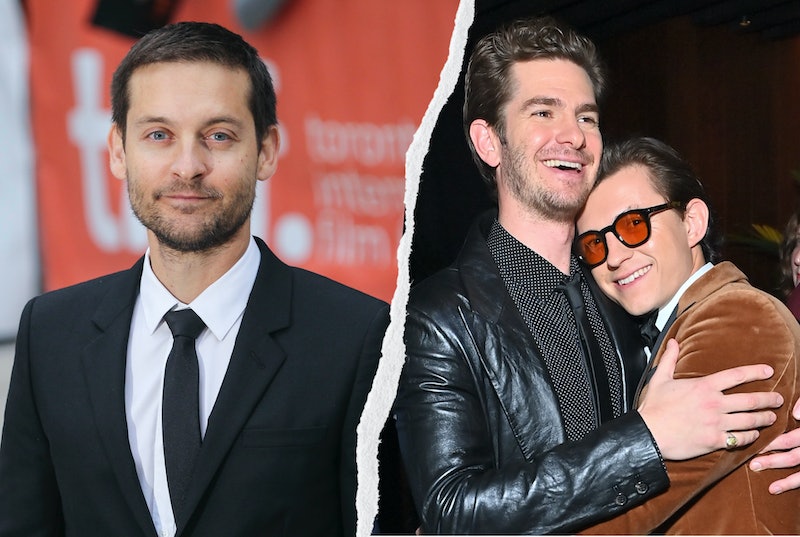 The latest in the Marvel Universe Spider-Man: No Way Home is soon to land in cinemas and its star Tom Holland has been doing his best to not leak spoilers ahead of the anticipated movie's release on Dec. 15. And yet, the superhero-actor did reveal one little-known fact, confirming that he is in a Spider-Man WhatsApp Group with actors Tobey Maguire and Andrew Garfield, who also held the superhero role in previous films.

Explaining the chance meeting, Holland said: “I don’t Andrew that well... but as soon as I saw him I was like I love you so much. And I saw him at this party and I thought I had to go and say hello because we’ve shared something so that so few people have shared.”

In another coincidental and, to be honest, pretty-mind blowing meeting, Holland apparently bumped into Tobey Maguire (Spider-Man, Spider-Man 2, Spider-Man 3) on the exact same night.

“We went out to another party after that and I actually bumped into Tobey only 20 minutes later!” said Holland in the interview, adding “So yeah, over the last few years we’ve kinda been getting closer.”

In another brilliant revelation, Holland admitted that the three did eventually swap numbers and set up a WhatsApp group, to which excited presenter Ali Plumb responded understandably “Shut. Up!”

Funnily enough, Holland did admit that he’s the only one who has ever spoken in the messenger app, jokingly admitting that he messaged the actors: “Hey, what’s up other Spider-Mans, it’s baby Spider-Man here. How’s it going?” Alas, neither text back.

In response to the interview, one fan wrote on Instagram, “How coincidental that he would bump onto Andrew and Toby within around 30mins.. its almost like they were all in the same place,” while another wrote teasingly, “The first time Tom didn’t spoil anything! Or did he..?”

However, Holland was determined to try to put the rumour of a Tobey and Andrew cameo in Spider-Man: No Way Home to bed, stating in the Radio 1 interview: “Obviously sharing the screen with them one day would be a delight but, you know, no one believes me but unfortunately it’s not in this movie.”