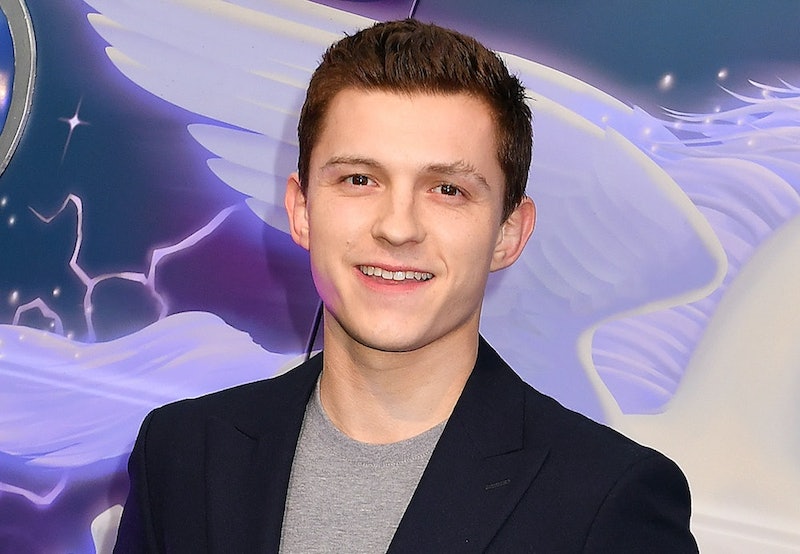 Sorry, Peter Parker fans: Tobey Maguire and Andrew Garfield will not make cameos in Spider-Man 3. Or will they….? Tom Holland recently shut down rumors that Maguire and Garfield would appear in the upcoming follow-up to 2019’s Spider-Man: Far From Home. With Jamie Foxx and Alfred Molina tapped to reprise their villainous roles as Electro and Doctor Octopus, respectively, from Spider-Man franchises past, rumors that Maguire, Garfield, Kirsten Dunst, and Emma Stone would return reached a fever pitch last year. In an interview with Esquire, however, Holland denied the claims — but fans aren’t buying it.

“No, no, they will not be appearing in this film,” Holland told the outlet. “Unless they have hidden the most massive piece of information from me, which I think is too big of a secret for them to keep from me. But as of yet, no.” Holland maintained that the third film will “be a continuation of the Spider-Man movies that we’ve been making.” So, what’s with all this fuss about fans not buying Holland’s resolute admission?

For starters, Holland prefaced the response with the revelation that the powers at Marvel and Sony often omit storyline information to prevent leaks. “They do it all the time,” Holland said. With Iron Man’s (Robert Downey Jr.) funeral scene in Avengers: Endgame, for example, “For the longest time I was under the impression that it was a wedding,” Holland said. “I’m 100 percent sure that they’re still tricking me.”

More notably, Holland has received a reputation for accidentally spilling MCU secrets. He told Esquire, “I will always argue that I didn’t [spoil anything], and Marvel and Sony will always argue that I did.” (See also: this viral YouTube clip entitled, “tom holland spoiling stuff for 4 minutes straight.”) As such, fans are still convinced that the star-studded cameo will happen — and that perhaps, Holland's firm "no" is a response to the star being left in the dark to prevent any spoilers.

In a Twitter poll conducted by Marvelous Realm, 86 percent of users clicked "Nah" when asked if they believed Holland's claims.

Other Twitter users also had thoughts. Some just didn't believe the claims.

While others expressed their disappointment over the claims.

The currently-untitled Spider-Man 3 is scheduled for a Dec. 17, 2021 release.

More like this
Rupert Grint Just Shared A *Major* Update About Ron Weasley’s Future
By El Hunt
Anne Hathaway Shared A "Thrilling" 'Princess Diaries 3' Update
By Darshita Goyal
Twitter Is Overjoyed By Angela Bassett’s Record-Making Oscar Nomination
By Maxine Harrison
What Is Mary J. Blige’s Net Worth? The 9-Time Grammy Winner Is Doing “Just Fine”
By Hugh McIntyre
Get Even More From Bustle — Sign Up For The Newsletter
From hair trends to relationship advice, our daily newsletter has everything you need to sound like a person who’s on TikTok, even if you aren’t.