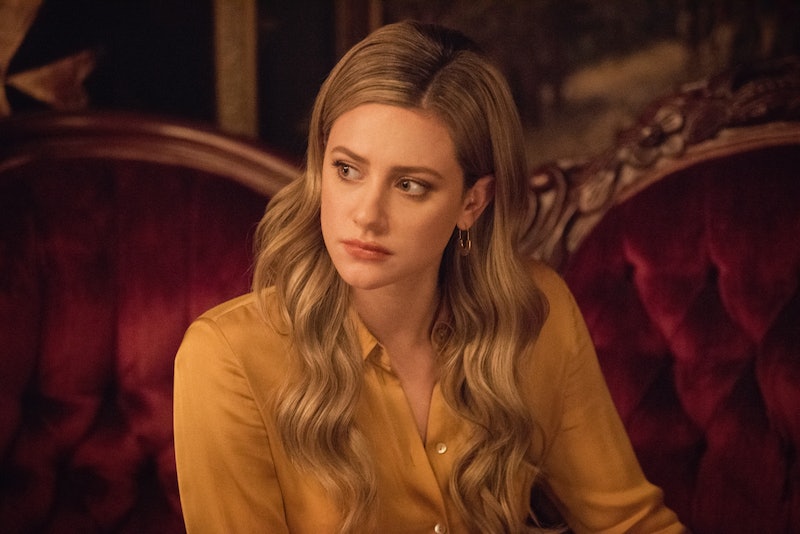 There’s yet another serial killer on the loose in Riverdale, and Betty is going to need to solve the case quickly if she wants to prevent any more death — including, potentially, her own. As we learned after the Riverdale Season 5 time jump, Betty encountered The Trash Bag Killer (aka TBK) while working as a trainee for the FBI. She stormed his lair in an attempt to rescue one of his victims, but she was too late. He held Betty captive before eventually escaping and evading capture. Now that Betty has returned to Riverdale, the TBK seems to have followed her to town.

Given Riverdale’s history, it seems unlikely that the TBK is someone random. And fans have several theories about who the perpetrator might be.

One of the most obvious suspects in the TBK case is Betty's coworker Glen. We've already seen with Betty's half-brother Charles how a killer can infiltrate the FBI, and Glen seems just as interested in the TBK case as he is in keeping Betty away from it. Maybe he doesn't want her finding out the truth. As Positivity_Soul theorized on Reddit, this would explain why the killer held Betty captive but didn't harm her, because Glen is interested in Betty romantically and wouldn't want her dead.

Jughead is the TBK

So far this season, Jughead has been under the influence a lot, and he's admitted to having big chunks of his memory missing. Maybe he's unknowingly murdering people because his subconscious wants Betty to try to track him down. It's kind of a leap, but it's becoming a favorite theory online, and it would again explain the TBK's obsession with Betty.

The TBK Is Someone Else Betty Knows

Because the killer spared Betty, anyone in her life could be a suspect. Some Reddit theories have named Polly as an option, because she went missing around the time the killer reappeared, and she could be having a Dark Polly episode where she's blacking out and not realizing what she's doing. After all, she shares the same genes as her serial killer father; it could be in her DNA.

Another potential suspect is Charles, who is also a killer and knows how to evade the FBI, considering he was once an agent. As Reddit user jnellll pointed out, he kind of unceremoniously disappeared in Season 5, and bringing him back in this big way would tie up Charles’ story — especially since he and his boyfriend Chic previously pledged to take the Coopers down. Tormenting Betty and potentially killing Polly would certainly accomplish that.

We've already seen that Betty is susceptible to her inner dark side, and thanks to her dad, she has the serial killer gene. Several fan theories suggest that Betty may unknowingly be behind the killings, which could explain why the TBK haunts her so much in her dreams.

TBK, the Truckers, and the Mothman are Connected

Riverdale creator Roberto Aguirre-Sacasa told Decider that the various stories in Season 5 — including the Trash Bag Killer, the alien Mothman, and the disappearances of women along the trucking route — may all end up connecting. "I feel like all of these disparate threads will start leading together in surprising ways, and they’re all sort of tied together in some ways," Aguirre-Sacasa said.

This tracks with the real case of the Trash Bag Killer, a man named Patrick Kearney who was known to wrap his victims in trash bags, per the New York Daily News. He started his string of murders in the '60s and claimed at least 21 lives before he was caught and jailed in the late '70s. However, the perpetrator actually turned out to be three people. Once Kearney was locked up, the killings continued, and police eventually discovered that the crimes were also being committed by two other men: William Bonin and Randy Kraft. Both were arrested in the '80s and, together with Kearney, convicted of a total of 51 deaths, though they were all operating independently. Bonin was executed in 1996 and both Kearney and Kraft are still serving out prison sentences.

It makes sense that Riverdale’s three Season 5 villains would be connected then, too. It already seemed like the truckers were connected to the TBK somehow, because the TBK's crimes were happening all over the place. Truckers travel hundreds of miles a day, making it easy to pop up in new places. And it's likely no coincidence that Kearney, Bonin, and Kraft were together known as the Freeway Killers.