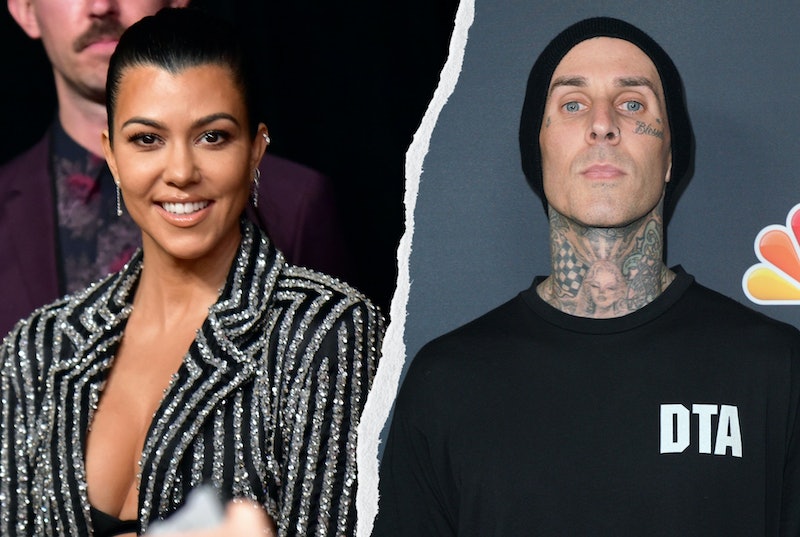 It’s hardly the first time they’ve used the L-word, but after Kourtney Kardashian and Travis Barker’s May 20 family Disneyland visit, the Blink-182 drummer took the sentiment a step further. After he captioned a photo of himself holding Kardashian’s hand on the King Arthur Carousel “Happiest Place On Earth,” the reality star commented, “happiest.” Barker then added a comment showing just how serious he is about her: “with the love of my life.”

During a March interview on The Drew Barrymore Show, Barker said he’d found it difficult to date women without children in the past because they “would have trouble understanding” he had to split his time. “Now I’m spending time with a woman who’s a great mom, who’s a great friend, and you don’t have to worry about any of those things. It just comes natural, it’s a maturity thing,” he explained of Kardashian. “I also really like missing someone and cherishing the time that I spend with them instead of every day being with them, especially in the beginning of the relationship. I think missing someone is so important.”

Kardashian and Barker had been longtime friends, before People reported in January via an unnamed source that they’d “been dating for about a month or two.” After sharing their first romantic Instagram photo on Instagram the following month, the couple have made no secret of their relationship, sharing several vacation pics, among others, on social media. Barker even got his girlfriend’s name tattooed on his chest in April, and Kardashian inked “I love you,” on the musician’s right forearm about a month later.

A source told People in April that Barker “often spoils” Kardashian. “Kourtney still seems very happy with Travis. He is very into her. He constantly gives her compliments and attention. You can tell he is thrilled to be dating her,” the magazine’s insider revealed. “Kourtney is soaking it all up and enjoying life.”

Not everyone is so thrilled about their relationship, however. Barker’s ex-wife Shana Moakler claimed on May 18 that he’d had an affair with Kim Kardashian prior to their 2008 divorce. (Reps did not respond to comment requests, though a source denied the affair to Page Six on May 17.) Then, days later, Moakler blamed Kourtney for coming between her and her kids when approached by TMZ cameras. “My family is broken because of this family, and now my kids and I are alienated from each other because of another sister in the family, so yay for me,” she said. “Thanks for destroying my family twice.”

Regardless of what Barker has to work out with his ex behind the scenes, he’s very publicly made clear how happy he is with Kardashian.

More like this
Everything You Need To Know About Kanye's Post-Kardashian Dating Life
By Bustle Editors
Selena Gomez Confirms She's Single Amid Drew Taggart Dating Rumors
By Martha Sorren, Jake Viswanath and Jack Irvin
Travis Barker's New Tattoo Is Causing Some Awkward Confusion Among Fans
By Stephanie Topacio Long
Kim Kardashian Gives “Bucket List Dream” Lecture At Harvard
By Alyssa Lapid
Get Even More From Bustle — Sign Up For The Newsletter
From hair trends to relationship advice, our daily newsletter has everything you need to sound like a person who’s on TikTok, even if you aren’t.