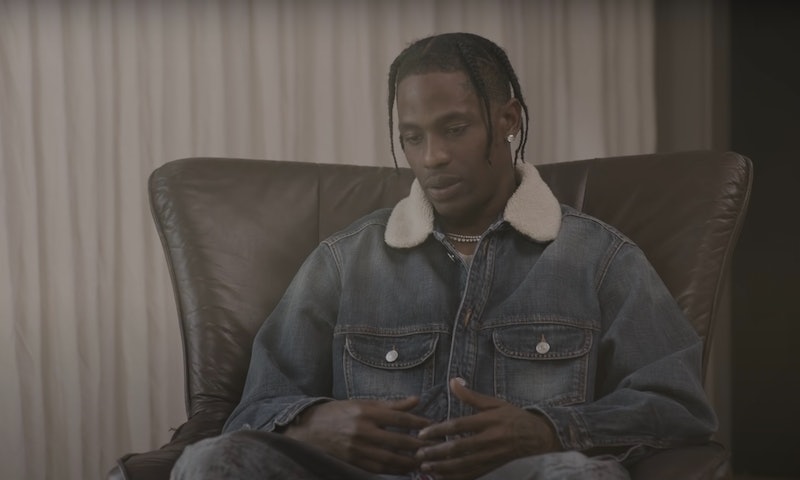 Travis Scott has broken his silence. On Dec. 9, Scott spoke out in his first interview since the Astroworld tragedy, which killed 10 people and injured more attendees after a crowd crush got out of hand during Scott’s Nov. 5 performance at the Houston festival. During a wide-ranging conversation with Charlamagne tha God, the rapper reiterated that he didn’t know people had died until after his set. “It wasn’t really until minutes until the press conference that I figured out what happened,” he said. “Even after the show, you’re just kind of hearing things, but I didn’t know the exact details. And even at that moment you’re like, ‘Wait, what?’”

Scott claimed he couldn’t hear screams from the audience begging him to stop the show, as seen in viral videos from the event, which made Scott receive criticism for inaction. “It’s so crazy because I’m that artist too,” he explained. “Anytime you can hear something like that, you want to stop the show, you want to make sure fans get the proper attention they need. And anytime I could see anything like that, I did. I stopped a couple of times to just make sure everybody was OK. And I really just go off the fans’ energy as a collective, you know? Call and response. And I just didn’t hear that. I got music, I got my in-ears, but I just didn’t hear that.”

One video from the concert shows that Scott did pause when he noticed a fan in distress to make sure medical units could get to them. He told Charlamagne that he noticed the ambulance, but when he double-checked with the fans, “I got a response everyone was OK.”

The 30-year-old entertainer went on to give his timeline of events, stating he wasn’t given a reason why the show went on for 40 minutes after Houston police declared it a “mass casualty event” and that he was instructed to end the show after Drake made his guest appearance. “They just told me right after the guests can get off stage, we’re going to end the show and that’s what we did,” he said. “But there wasn’t communication on why.” Scott has denied all legal liability for the incident in 140 lawsuits filed against him and festival promoter Live Nation. He did offer to pay for funeral costs of the victims, but some of the victims’ families have declined his offer.

Scott said he doesn’t plan to change anything about his performance style when he starts playing shows again. Charlamagne pressed Scott on the “raging” and moshpit culture of his shows, something Scott has been arrested for on multiple occasions. “‘Raging’ … there’s not a textbook definition,” he said. “It’s not about just harm ... it’s about letting go and having fun, help others and love each other.”

Instead, he’s focusing on improving safety precautions before the show. “I’ll do the same thing I’ve been doing,” he said. “Double down on making sure that everybody is locked in, everyone is aware, everyone is on response, everybody is on it ... try to have some sort of call and response with the fans while still being smooth in your performance, because at the end of the day, it’s still performance art.”