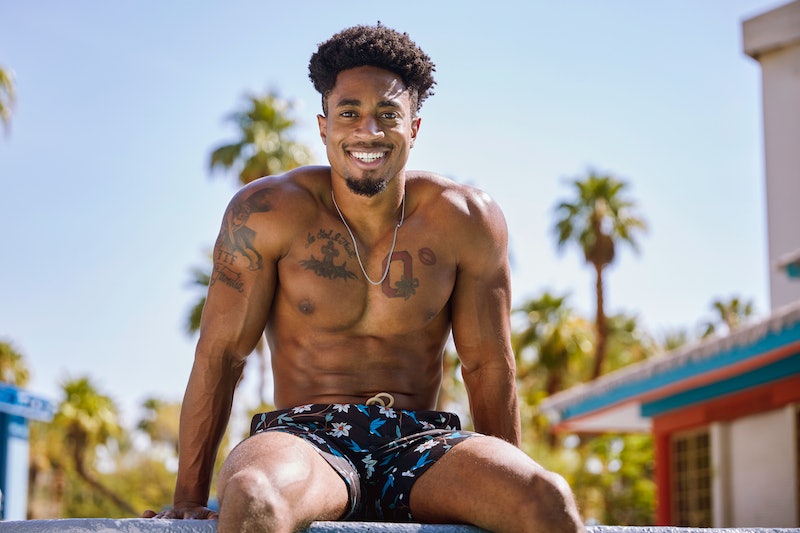 The U.S. version of Love Island may only be two episodes in, but the competition to couple up, and thus stay in the game, is already fierce. One contestant who's spot may be on the line is Love Island's Tre, who found himself the odd man out in the premiere episode after newcomer Johnny arrived. But as Tre says in his intro, "I'm very competitive. I don't like to lose," so don't expect him to leave the show quietly. Here's what else you need to know about him.

Who is Tre from Love Island?

According to Tre's official bio, he's a 25-year-old personal trainer from Boca Raton, Florida. He used to play football for Ohio State University and graduated with a degree in business management.

Tre is a ladies man

If anything, Tre is at least honest. "People would most likely label me as a player, and they're correct," he said on the show. He added that he's been single for years because he used to be a "monster," but claims he's now a "changed man," promising to be "all in" with the next woman he chooses to date. He's even holding out hope that he'll find his future wife on Love Island.

He has a big family

Trey is the oldest of four kids, and ended up being the father figure for them after their dad died when they were young. He posts pictures here and there with his family on Instagram.

He has a fashion line

His brand, Leo Cor sells a mix of athleisure and luxury accessories. "We believe looking good is a factor that correlates with feeling good," the website reads. "Stay confident, stay blessed, and well dressed."

He doesn't believe in "bro code"

Johnny may have swooped Cely from Tre, but Tre makes it clear in his introduction that he's fine with pursuing her — or any other "taken" contestant — right back. "If I see a girl and she's giving me the eye and I want her, it doesn't really matter if she's taken or not. I'm going to get what I deserve," he said. "To be honest, I don't really care about bro code. I mean, it's Love Island, not bro island."

More like this
'Love Island' Has Added Yet Another Bombshell To The Villa
By Bustle UK
This Pre-'Love Island' Video Of Olivia & Zara Together Changes Everything
By Bustle UK
Love Island’s Latest Winter Season Finally Has A US Release Date
By Grace Wehniainen
Molly-Mae & Tommy Fury Revealed Their Baby Girl's "Really Unusual" Name
By Sophie McEvoy and Sam Ramsden
Get Even More From Bustle — Sign Up For The Newsletter
From hair trends to relationship advice, our daily newsletter has everything you need to sound like a person who’s on TikTok, even if you aren’t.