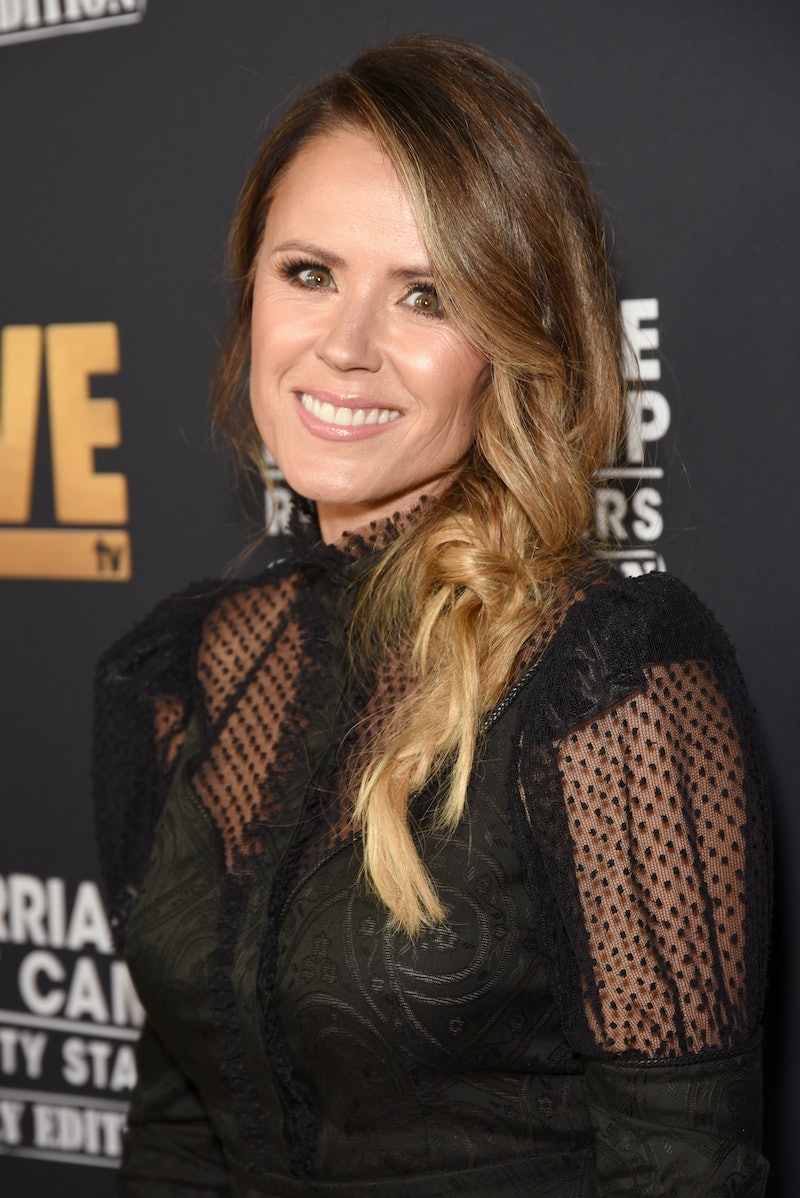 As much as fans may love the Bachelor franchise, it doesn't always end in happily ever after. But some love stories are more successful than others, and there could be a very good explanation as to why. While appearing on Us Weekly's "Here for the Right Reasons" podcast, Trista Sutter explained why The Bachelorette has more success stories than The Bachelor — a topic that any member of Bachelor Nation worth their roses has debated.

“I am on a text chain with the rest of the Bachelorettes and we’ve often talked about this — women do it better,” Sutter stated simply on Tuesday, July 28. “But I do feel like there is some something behind casting. And, you know, like Brad Womack, how he didn’t ask DeAnna [Pappas] or Jenni [Croft] to be his wife at the end of his show? I think it’s because you know, there weren’t the right people. The same thing happened with like, Jen Schefft. And I think that sometimes people get caught up in the lust factor.”

However, Sutter also admitted that she herself wasn't immune from wearing blinders on the show and getting swept up in the fantasy of it all, particularly while competing for Alex Michel's heart on The Bachelor's first season. “I got caught up with Alex in the fact that he was a great guy on paper for me like he had gone to Stanford and Harvard and I was looking for someone well-traveled and a family guy and I felt like he checked all those boxes,” she explained. “I mean, we had good chemistry, but I looking back I just don’t know that it would have worked out."

The numbers behind Sutter's observations don't lie. A total of six Bachelorettes are still with their winners, including JoJo Fletcher, Rachel Lindsay, and Becca Kufrin, all of which happened in back-to-back-to-back seasons. Sutter has also been happily married to her Bachelorette pick, Ryan Sutter, since 2003. Meanwhile, Sean Lowe remains the only Bachelor who stuck with his final pick on the show. Of course, some Bachelors, such as Jason Mesnick, Arie Luyendyk Jr., and Peter Weber, ended up finding love with someone from their respective season, but only after proposing to someone else first.

In 2019, Bustle spoke to psychologist Dr. Goali Saedi Bocci, Ph.D about why Bachelorettes seem to be better equipped at picking their long-term partners. "Women are ultimately looking for their husbands. And with men, a lot of the time they end up choosing a girlfriend," she told Bustle, while adding that Bachelorettes tend to think more about what happens after the show and who would be a good fit not just in the moment, but in regards to starting a family. "They might be older. They might be thinking about their fertility. And men might just keep trading down for younger and younger [women]. For women, it doesn't work that way."

Let's just hope that Clare Crawley proves to be another one of the lucky success stories to add to this growing list of Bachelorette happily ever afters.