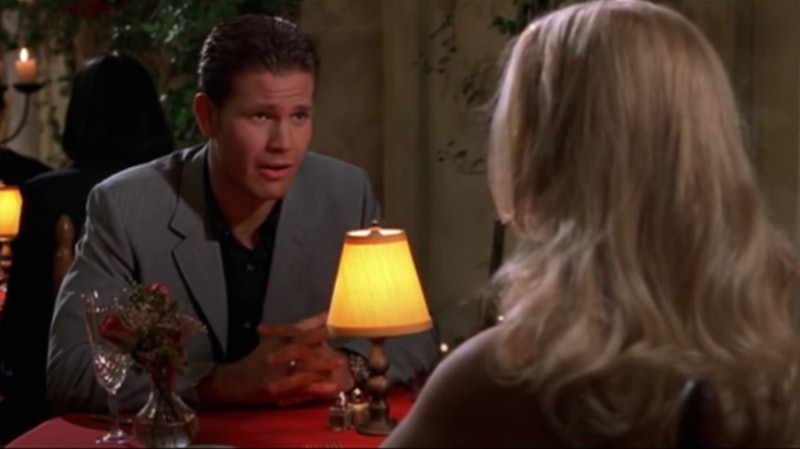 The Legally Blonde and Vampire Diaries fandom joined together during the 2020 vice presidential debate last night after TVD alums Paul Wesley and Matthew Davis exchanged heated tweets over the VP debate on Wednesday, Oct. 7. As Sen. Kamala Harris squared off against Vice President Mike Pence and the fly on his head, Davis (who played Alaric Saltzman in the vampire teen series) lamented that moderator Susan Page should have given Pence more time to answer a question, which in turn prompted a response from Wesley (aka Stefan Salvatore) that quickly snowballed into a wave of fan disappointment.

After Davis tweeted that "it’d be nice" if Page "would stop interrupting Pence and let him finish his point," Wesley countered in his own tweet that "it would also be nice if Pence answered the question he was originally asked rather than deflecting.” Davis then tweeted that Wesley "likes to vote for criminals and losers, just like he did in 2016, adding that his “opinion on the matter carries little weight as far as I’m concerned." It doesn't end there, folks: Wesley responded again, telling his former co-star he is mistaken, for he "didn’t vote for Trump in 2016!"

After a few more terse exchanges (one in which Wesley referenced Davis' Vampire Diaries persona), Wesley let it be known that there were no hard feelings and tweeted at Davis, “love you buddy.” Davis, for his part, has since deleted many of his tweets from the exchange.

On Twitter, people jumped at the verbal Stefan vs. Alaric brawl, with Team Stefan coming out the clear winner.

While it doesn't appear that Davis has publicly endorsed Trump and Pence's reelection campaign, the actor has been retweeting tweets and videos from the president and conservative political commentator Ben Shapiro. And TVD fans weren't the only ones disappointed in Davis' politics on Wednesday night; Legally Blonde fans were also quick to comment on the actor's chosen hill to die on. The actor famously starred as Warner Huntington III, Elle Woods' (Reese Witherspoon) former trust fund love interest, in the 2001 film. ("You got into Harvard Law?") It turns out he was more perfect for the role than some might have thought.

Davis is currently starring on the Vampire Diaries spinoff, Legacies, which is expected to film its third season sometime soon, and, in the wake of this viral exchange, fans on Twitter have started calling for him to be fired.

More like this
At 28, Rosie Perez Risked Her Career To Stop Playing Stereotypes
By Gabrielle Bondi
'The Queen’s Gambit' Season 2 Tweet Wasn’t From Anya Taylor-Joy
By Mary Kate McGrath, Jack Irvin and Grace Wehniainen
This 'One Tree Hill' Wardrobe Error Is Going Viral On TikTok
By Brad Witter
Ashton Kutcher Wants Danny Masterson “To Be Found Innocent” In Rape Retrial
By Jake Viswanath
Get Even More From Bustle — Sign Up For The Newsletter
From hair trends to relationship advice, our daily newsletter has everything you need to sound like a person who’s on TikTok, even if you aren’t.