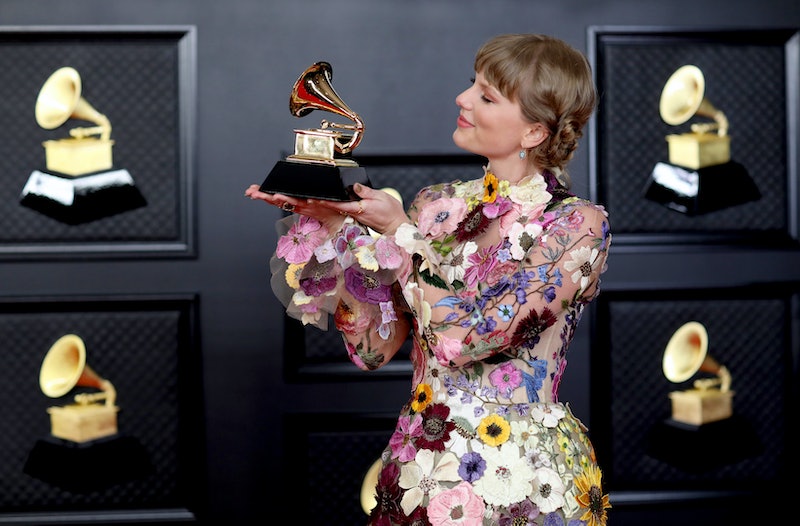 The nominees for the 2022 Grammy Awards have been announced, and the list is full of the bestselling albums, smash hits, and the artists who dominated the music industry for the past year or so. Jon Batiste, Justin Bieber, Doja Cat, H.E.R., Billie Eilish, Lil Nas X, and Taylor Swift ended up with major nominations. Fans, casual pop culture observers, and the artists all took to Twitter to share their excitement — and their disdain — about who was nominated and who was snubbed.

Some artists quickly showed how excited they are to be nominated. Who wouldn’t want to be up for a Grammy? Taylor Swift, Olivia Rodrigo, Selena Gomez, Lil Nas X, Doja Cat, Ariana Grande, and Mickey Guyton were among the celebrities who instantly reacted to their nominations.

Sometimes the fans are even more pumped than the people who actually made the music. Their die-hard supporters can’t keep it together. Many of the best reactions from followers and listeners are funny and downright outrageous, but how else should one act when a fave is up for a Grammy?

Every year, there are a handful of musicians, songs, and albums that fail to collect enough nominations, or perhaps any at all, and these are often labeled snubs. There are only so many spots in each category, and it’s not possible for every worthy title to be included, but try telling that to fans of a specific act. Twitter wasted no time showing their disapproval over these omissions.

More like this
Billie Eilish Has An Exciting Relationship Update About Her Boyfriend
By Grace Wehniainen
The 'Love, Lizzo' Harry Styles Scene Is Just 1 Moment That Made Fans Feel Seen
By Brad Witter
Celine Dion Reveals She’s Been Diagnosed With Stiff Person Syndrome
By Jake Viswanath
Shania Twain Replaced Brad Pitt’s Name In “That Don’t Impress Me Much” At The PCAs
By Jake Viswanath
Get Even More From Bustle — Sign Up For The Newsletter