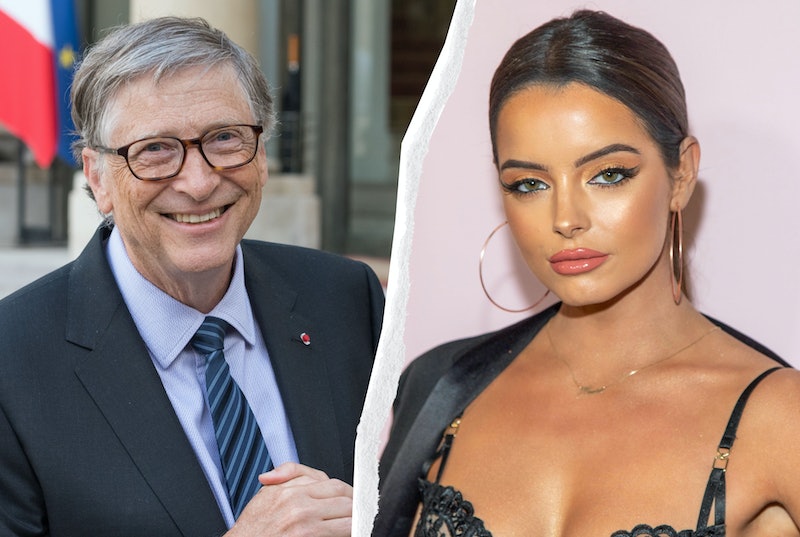 In case you missed it, there were two shock high-profile breakups this week. On May 4 Microsoft’s Bill Gates announced that he and Melinda Gates had split after 27 years of marriage, meanwhile, Love Island’s Maura Higgins and Chris Taylor had also called it quits after six months of dating. The Billionaire tech mogul and reality show star couldn’t be more different but that hasn’t stopped the internet shipping Maura Higgins and Bill Gates to be the next power couple in 2021. Yes, really.

So what gives? Well, Bill Gates released a statement to Twitter yesterday explaining that “after a great deal of thought” he and Melinda Gates had ended their marriage.

Bill Gates, who, according to Forbes, is the fourth richest man in the world (worth an eye-watering £89 billion), wrote “we no longer believe we can grow together as a couple in the next phase of our lives.”

In a similar, social-media-style press release, Maura Higgins shared on Instagram that her relationship with fellow Love Island housemate Chris Taylor had come to its natural end.

“It breaks my heart to even type this, but I wanted to let everyone know that myself and Chris have made the joint decision to end our relationship,” Higgins wrote in an Instagram story shared with her 3.1 million followers.

The ex-couple had started out as great friends when they met on the popular ITV series in 2019, before confirming their relationship on Instagram six months ago.

“There is no wrongdoing on either side… we still love, care, and respect each other deeply. From the minute we met each other we've been very close friends and that will never change,” Higgins added.

Both Gates and Higgins are clearly very eligible in their own right, sparking many to stir the Twitterspiracy pot and match the very, very different individuals together (complete with Microsoft puns).

As comedian Amy Walsh joked on Twitter, “I don’t think it’s a coincidence that Maura Higgins and Bill Gates became single within a matter of hours.”

While others chimed in: “Maura Higgins and Bill Gates are gonna have a summer romance, aren’t they?”

“I think they would excel together,” added another jokester.