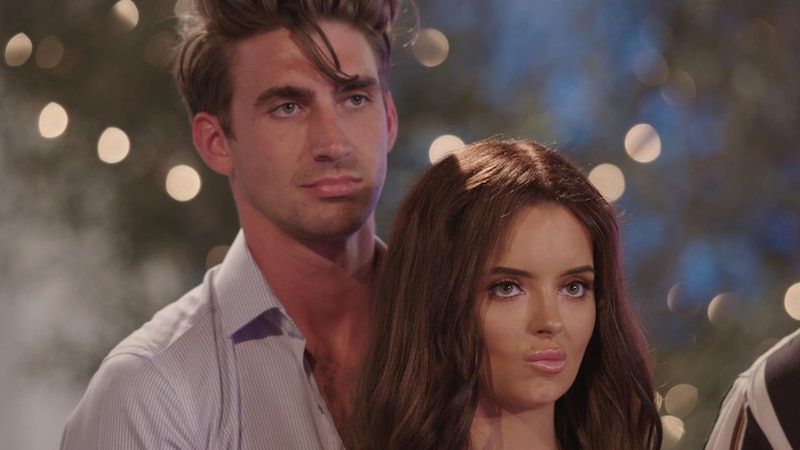 ITV/Shutterstock
By Alice Broster
May 4, 2021

They were two of Love Island’s funniest contestants, but after six months together Maura Higgins and Chris Taylor have announced that they’re breaking up. Both of the reality TV stars shared the news with their fans on their Instagram stories on May 4, and made it clear that neither of them have any regrets, and they’re still pretty close.

Higgins told her 3.1 million Instagram followers that it broke her heart to have to share the news of the break up. “I wanted to let everyone know that myself and Chris have made the joint decision to end our relationship. There is no wrongdoing on either side… we still love, care and respect each other deeply,” she wrote. “From the minute we met each other we've been very close friends and that will never change. There is no regret. Life is about taking chances. We wanted to make this work, but we have realised we work better being friends."

Taylor and Higgins were two of Love Island’s best comedy geniuses. They didn’t get together in the villa, announcing their relationship in November 2020. Since then they’re shared all of their laughs in lockdown with their followers. In a similar message shared on his Instagram stories, Taylor wrote: “We will remain friends, as we have been since day one and I will always be in Maura’s corner and have her back. We are both going through a very tough time with this atm, so please take any speculation with a metric tonne of salt, cos this is the only truth (and as always, trolls can kindly f*** off).”

It’d seem the pair are standing by each other as pals. Both of them still have pictures up from during their relationship on Instagram. The pair appeared on Love Island 2019. While Higgins finished the show dating Curtis Pritchard, and Taylor was with Harley Brash for a time, their fans speculated about their closeness. In Nov. 2020 Taylor posted a picture of them kissing with the caption, “Turns out I fell in love with my best mate.”