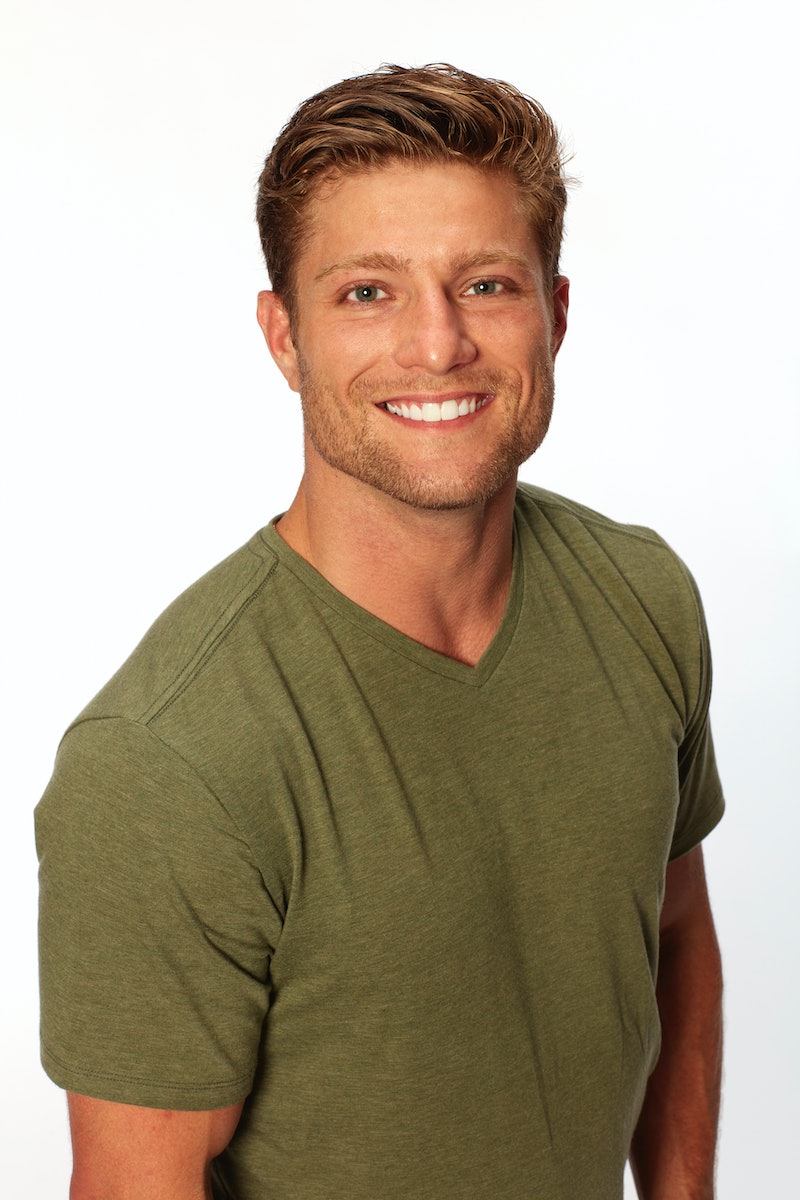 Not even an ongoing pandemic can stop the wheels of love. Clare Crawley's season of The Bachelorette is here, and the premiere episode introduces 31 new men vying for her heart. One notable contestant is The Bachelorette's Tyler C. — no, not that one — a lawyer from Morgantown, West Virginia. As Chris Harrison hinted in a "Meet the Men of Season 16" preview video on Sept. 29, Tyler knows how to stand his ground and fight, in more ways than one.

Though Harrison likened Tyler to Matthew McConaughey's "laid back, Southern, charming lawyer" character in Lincoln Lawyer in his preview video, he also hinted that the 27-year-old is going to be a controversial figure. "Tyler does not waste any time getting into the drama," he said. "He comes in the very first night with a little dirt on one of the other guys. He's not afraid to stir it up. He's a good debater ... he's ready to fight."

There have been rumors that Clare's season upends the typical Bachelorette format, with reports suggesting that she fell in love with one contestant early on and refused to continue filming the season. ABC has not confirmed this, nor has the network commented on rumors that Tayshia Adams takes over as the new lead. Regardless of who ends up handing out the roses, it does seem like Tyler is going to be a serious contender — or at the very least, a lightning rod for drama.

Who is Tyler C. from The Bachelorette?

He stated that he's looking for the same kind of solid relationship that his parents have, but also admitted that he can be "a picky guy." Despite that, he’s ready to leave singledom behind and find the perfect "cowgirl to ride off into the sunset with" and have "three kids — two boys and a little girl, in that order."

Tyler doesn't just have a way with words; he literally knows how to fight. According to Tyler C.'s Instagram, he was a professional boxer before he pursued law full time, and you can see some videos of his old fights on his page. Per BoxRec, he fought between 2014 to 2017; though it looks like he was only in six matches, he KO'ed every opponent he fought.

What are Tyler C.'s hobbies?

When he's not in the ring or in the courtroom, it appears that Tyler likes hiking, fishing, and swimming in the outdoors with his buddies. He also occasionally rides horses and is a certified dog lover — pretty much a Bachelorette contestant requirement at this point.

Per his bio, he absolutely hates snakes, and loves Thanksgiving dinner enough to want to eat it year round.

Does Tyler C. find love on The Bachelorette?

Maybe? It's difficult to tell who will actually end up together with all the possible shake-ups, but Tyler seems like a man who won't go down without a fight.

More like this
This 'Bachelor' Contestant Got Back With Her Bachelor Nation Boyfriend After Going Home
By Grace Wehniainen
Kaitlyn Bristowe Said Chris Harrison Ignored Her After Her 'Bachelorette' Hosting Gig
By Grace Wehniainen
Brittany Snow Files For Divorce From Tyler Stanaland After 'Selling The OC' Drama
By Grace Wehniainen and Radhika Menon
Brooklyn From 'The Bachelor' May Have Accidentally Predicted Her Time On The Show On IG
By Grace Wehniainen
Get Even More From Bustle — Sign Up For The Newsletter
From hair trends to relationship advice, our daily newsletter has everything you need to sound like a person who’s on TikTok, even if you aren’t.