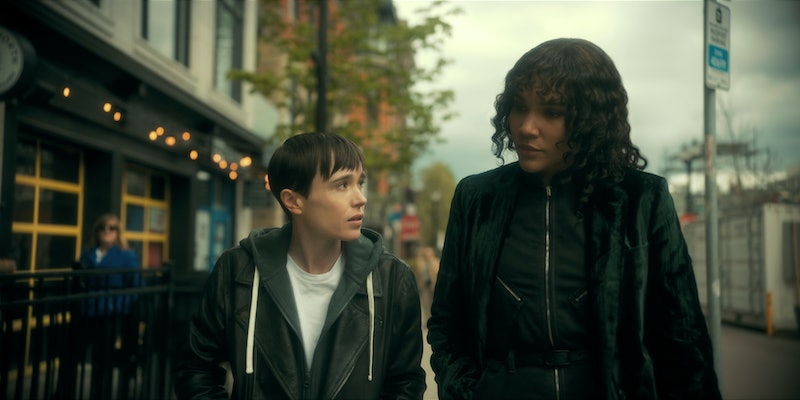 Another absurdly entertaining season of The Umbrella Academy has arrived on Netflix, marking the return of the dysfunctional and superpowered Hargreeves family. Fans of the show will remember the crew narrowly stopping 1963’s doomsday in Season 2, but any hopes of fixing their timeline once and for all were dashed when they arrived back to the present. In Season 3, they encountered the Sparrow Academy, a pack of sleek and stylish rivals to the Umbrellas.

If that weren’t enough, Season 3 also teased an unknown and destructive entity laying waste to parts of the universe (which the Umbrellas may have caused with their time-travel shenanigans). It presents yet another apocalypse threatening to destroy their world. This larger threat brings bigger consequences, which means the Umbrella Academy will likely need at least one more season’s worth of chances to fix everything. Here is everything we know about Season 4 so far.

When Will Umbrella Academy Season 4 Premiere?

Even though Netflix hasn’t officially confirmed it, all signs point to another season of The Umbrella Academy. The first clue is the 8-figure deal that Netflix gave to series creator Steve Blackman in 2020. Obviously, Blackman is free to flex his creative muscles across the streaming service as he pleases. Still, given that the deal was awarded based on the success of The Umbrella Academy, it’s not outlandish to assume he may continue the series with a fourth season.

The reported deal specifies that Blackman will create new content for Netflix while continuing his work as showrunner on The Umbrella Academy, which certainly bodes well for the show’s future. Seasons 1 and 2 premiered in 2019 and 2020, with 2022 marking the return for Season 3. If production returns to its usual schedule and Netflix quickly renews the show, fans can expect Season 4 as early as 2023.

Who Will Be In The Umbrella Academy Season 4 Cast?

What Is The Umbrella Academy Season 4 Plot?

It’s nearly impossible to know what’s in store for Season 4. The events of Season 3 and its finale will likely set up a new conflict for the next season.

In past installments, The Umbrella Academy based its story on the comic book series of the same name. However, Season 3 deviates from the comic storyline in several ways. For instance, the inclusion of the Sparrow Academy will be slightly uncharted territory. The new characters were introduced in Volume 3 of Gerard Way’s comic series and were announced to be the focus of Volume 4 in 2020, but that particular comic run has yet to be released. It leaves room for Season 4 to diverge even further from comic lore, but that all depends on where the Hargreeves stand by the end of Season 3. Regardless, if Netflix renews the series, it is sure to be an exciting (and unpredictable) new chapter for the Umbrella Academy.