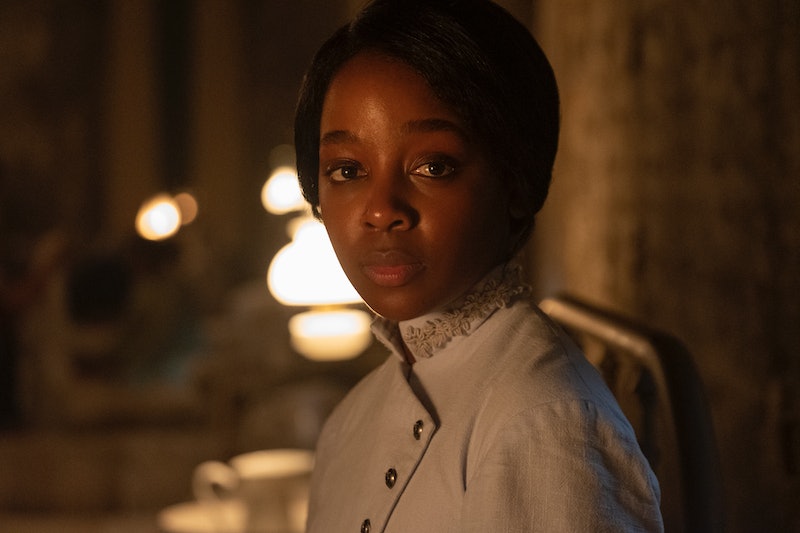 Moonlight and If Beale Street Could Talk director Barry Jenkins weaves another beautiful and emotional tale in his new Amazon series The Underground Railroad. The show is based on Colson Whitehead’s 2016 novel and follows Cora Randall (Thuso Mbedu), who escapes a Georgia plantation for the Underground Railroad — in this case not a figurative network, but a very real and complex railway built by engineers. As she travels from state to state, Cora evades Ridgeway (Joel Edgerton) — a bounty hunter who’s bitter that he never caught Cora’s mom — while reflecting on her life and her mother’s legacy.

The show was billed as a limited series, so it’s unlikely that there will be an Underground Railroad Season 2. As Jenkins explained to Town & Country, he always felt that a short series would be the best way to tell Whitehead’s Pulitzer Prize-winning story. “I realized that a lot of people were probably talking to Colson about The Underground Railroad,” Jenkins said, explaining how he first pitched his idea to Whitehead in 2016. “I remember being pretty straightforward, saying, ‘I don’t want to make this as a feature film. I want to do it as a limited series. I think that’s the best way in terms of conveying the scope of the book to the screen.’ I think Colson appreciated me being upfront in that way.”

Jenkins went on to say that they crafted the story for the show relatively quickly. “We had a very short, eight-week room; it was myself and four other writers. It was very intense. We tried to cover a lot of ground,” he said. “We pitched the show to Amazon twice in eight weeks, front to back.” He added that they would call Whitehead occasionally for his input, but “the book is so good [that] the map was there” for them to follow — and to diverge from in key places.

After Amazon picked up the show, Jenkins said everyone on the production team was aware of the weight of the story. He told NPR that there were times that he wept on set while filming. "It was incredibly difficult, partly because we were standing in places where there was a feeling that ... these atrocities had occurred," he said.

The show is heart-wrenching at the start, but as Jenkins explained to Vanity Fair, Underground Railroad is about Cora and her journey, not the trauma she experiences. “When I think about the first episode, you know, seven minutes in, you’re getting a very sharp depiction of trauma, but I love that just before that, you have these two lovers standing in a field, they’re having almost a Shakespearean conversation in a certain way,” Jenkins said. “In a very nuanced way, even amidst the trauma, the people, the characters still retain their humanity. And because of that, I think their personhood remains intact. The condition of slavery is not a thing that’s fixed or static or that has fidelity to them as persons. These things are being visited upon them.”

Ultimately, Jenkins felt that it was an uplifting project to work on, and it caused him to redefine his own relationship to his culture and the past. "Before making the show, if you ask[ed] me who I was a descendant of, I would have said I'm the descendant of enslaved Africans," he told NPR. "I think now that answer has evolved: I am the descendant of blacksmiths and midwives and herbalists and spiritualists. Making the show ... the thing it brought me was this proximity, this closeness, this reverence of my ancestors."

More like this
A 'Terminal List' Sequel & Spinoff Are Reportedly In The Works
By Kadin Burnett and Grace Wehniainen
Everything To Know About The 'Daisy Jones & The Six' TV Series
By Maxine Harrison and Brad Witter
'The Queen’s Gambit' Season 2 Tweet Wasn’t From Anya Taylor-Joy
By Mary Kate McGrath, Jack Irvin and Grace Wehniainen
The 'Freeridge' Cast Shared Their Hopes For A Potential Season 2
By Grace Wehniainen
Get Even More From Bustle — Sign Up For The Newsletter
From hair trends to relationship advice, our daily newsletter has everything you need to sound like a person who’s on TikTok, even if you aren’t.