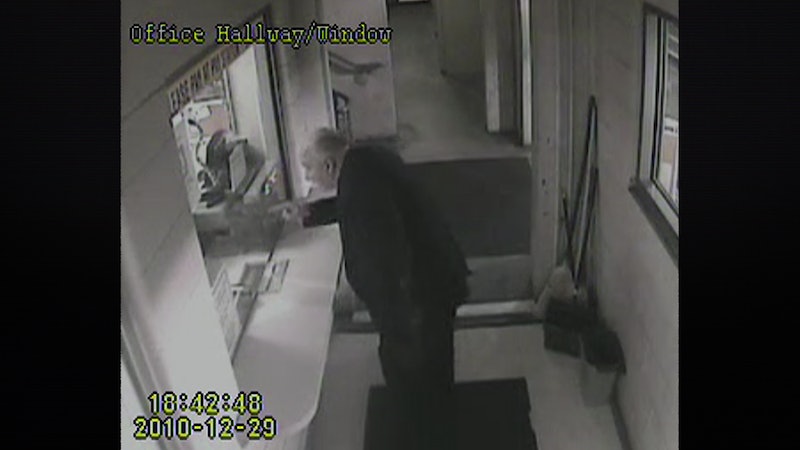 The first episode of Unsolved Mysteries Volume 2 centers on the murder of Jack Wheeler, a Washington insider and former aide to President George W. Bush. Wheeler, who also oversaw the building of the Vietnam War Memorial, was found dead in a Wilmington, Delaware, landfill in late December 2010, and investigators ruled his death a murder by means of blunt force trauma. Although what happened to him remains a mystery, there have been plenty of theories about Wheeler's high-profile death over the past decade.

Police were able to trace the garbage truck back to a trash bin in Newark, Delaware, where Wheeler's body had been dumped. In retracing his steps, investigators pieced together a bizarre chain of events, as the revered Vietnam vet got a ride from a New Castle pharmacy to Wilmington, where he was last seen before he was eventually found dead 14 miles away.

Here are the most prominent theories about what could have happened to Wheeler.

Wheeler, an authority on chemical and biological warfare, had been privy to highly classified information over the course of his career in Washington. One explanation given by The Washington Post: "the U.S. government assassinated him because he was going to blow the whistle on the dumping of a chemical weapons stash."

At the time of his death, Wheeler happened to be working as a consultant for Mitre Corporation, where dealt with cybersecurity issues. The paper also pointed to a theory that the Chinese had murdered him for secrets he held about America's cyber warfare capabilities. Wheeler also reported his briefcase, among other work-related items, had been stolen just prior to his death.

In 2011, Wheeler's widow Katherine told Slate she believed a hitman was involved. "I think perhaps no one has been on the reward because they’ve already been paid," she said at the time. "The way they disposed of his body, it's a miracle anybody ever found it. That just sounds like a pro to me."

It was a mugging gone wrong.

The Unsolved Mysteries episode explains that Wheeler suffered from bipolar disorder, and when security cameras captured him in a parking garage he appeared agitated and was holding one of his shoes in his hand. It turned out his car wasn't even parked in that particular garage. Some have posited that he could have unknowingly been in the wrong place at the wrong time and killed on the street. The reason some say that theory doesn't track, however, is that when his body was found, he still had a Rolex, cash, and a West Point ring on his person.

Unsolved Mysteries creator Terry Meurer, for one, doesn't buy that Wheeler's death was a random assault. "I don't believe that Jack was attacked and something went wrong, a robbery or something like that," she explained to The Wrap. "Because people who attack people or rob people, they do not go to the trouble to transport a body, put it in a dumpster — hoping, I believe, that the body would never be found."

He climbed into the dumpster himself.

The garbage truck driver who'd unknowingly transported his body to the landfill noted that it was not uncommon for people to seek refuge from the bitter cold in dumpsters. Had Wheeler suffered some sort of psychotic break (or other medical event, such as a stroke, for example) and was lost in the freezing temperatures, it's feasible he could have done the same. Others argued, however, that the blunt force trauma he suffered appeared to be too severe to have been caused simply by banging around a garbage truck.

It was part of a neighborhood feud.

Whether or not it was related, days before his death, Wheeler had filed a lawsuit against his neighbors over zoning approval, partly because the construction of their new private home obstructed his view of the Delaware River and Battery Park, per ABC News. That could explain why another neighbor found his house ransacked, and why his phone was found at the construction site when the smoke bombs were set off. Most agree this theory is a bit of a stretch, however, and ABC also reported that the neighbors working on the construction issued a statement of condolences following Wheeler's death.

He was involved in a car accident.

Reddit user icgonz theorized that Wheeler's blunt force injuries were the result of being hit by a car. Wheeler was walking somewhat erratically on the surveillance footage before his disappearance, so perhaps he stepped into traffic. He was also wearing a dark hoodie, which would have made him hard to see in the dark if he was in the road. From there, icgonz postulates, the driver(s) could have panicked and thrown Wheeler's body in the dumpster.

He jumped from a moving car.

Alternatively, some Redditors theorized that Wheeler jumped from a moving car on his way to the parking garage, which could explain why he was only wearing one shoe and why the minutes-long ride took 40 minutes. Is it possible that, as his agitation and erratic behavior continued, he again jumped out of a moving car while taking a taxi to Newark, Delaware the following night? Perhaps it was after that that he climbed into the dumpster (as others have theorized) and succumbed to his injuries or was further injured/killed when the trash was picked up.

This article was originally published on Oct. 19, 2020